It’s a notebook with a 13.3 inch high-resolution display, a case that measures just 0.6 inches thick, and a 5th-gen Intel Core “Broadwell” processor. But if you push the screen back 360 degrees so it’s behind the keyboard, you can also use the HP Spectre 13 x360 as a tablet.

HP hasn’t officially launched the convertible laptop in the United States yet, but Tablet PC Italy found evidence of it in Europe, and I found a few mentions of the computer on HP’s website. 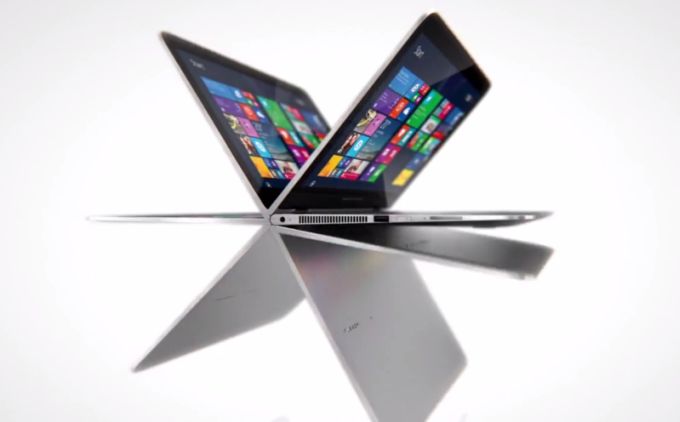 HP will offer models with Core i5 or Core i7 Broadwell chips, and each model supports 802.11a/b/g/n WiFi, Bluetooth 4.0, Miracast, and Intel WiDi wireless display.

Prices are expected to start at 1299 Euros when the convertible notebook goes on sale in Europe next month. There’s no word on US pricing, but HP usually reserves the Spectre name for its premium notebooks… and this model seems to have the specs to justify a reasonably high price.