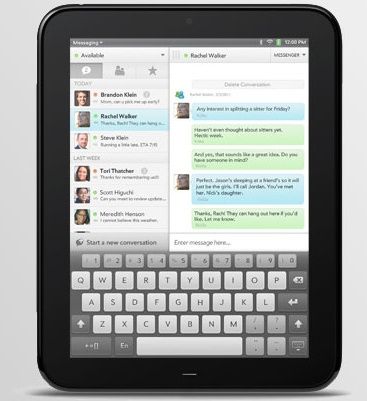 HP gave shoppers one more chance to pick up TouchPad tablets at fire sale prices this weekend when the company offered refurbished tablets through its eBay store. 16GB TouchPads were priced at $99 each, while 32GB models ran $149.

But a few seconds after the tablets went on sale at 6:00PM Central Time on Sunday, December 11th, shoppers started to experience problems. The website was sluggish, people had problems logging in and checking out.

A number of people reported that they added a tablet to their cart, but by the time they got to the checkout screen there was a message saying the TouchPad was no longer available.

After an hour or two it appears all of the available tablets were sold out. It probably would have happened sooner if the website had behaved properly.

So how many TouchPads did HP sell? According to the eBay sales stats for each model, .

Update: Actually it looks like closer to 10,000 tablets were sold in a total of 4 different auctions.

There are still plenty of places to pick up used, or even new-in-box TouchPads. But it’s not often that you can get one for as little as $99. They tend to sell for between $200 and $300 on eBay and Amazon

The HP TouchPad features a 9.7 inch, 1024 x 768 pixel display, a 1.2 GHz Qualcomm Snapdragon dual core processor, and webOS 3.0 operating system. It was launched this summer with prices starting at $499, but HP responded to sluggish sales by canceling the product less than two months later and slashing prices.

At that point, the TouchPad became a hot seller. It turns out it’s a lot easier to get excited about buying a $99 tablet at 80% off its list price than about paying iPad-like prices for a tablet that’s not an iPad.

Owners have also done a number of interesting things with their TouchPads, including overclocking the tablet or installing Ubuntu or Android.

HP recently announced that the webOS software used for the TouchPad will become open source, and the company may release new webOS tablets in 2012 or 2013.