It also happens to feature an NVIDIA Tegra 4 processor and Google Android 4.3 Jelly Bean software instead of Windows.

First announced in June, the HP SlateBook 14 began shipping recently and you can pick one up for $430. 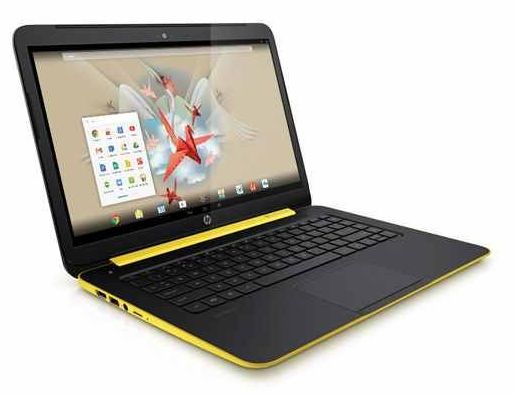 Sure, you could probably save some money by picking up a Chromebook instead or two smaller Android tablets. But the SlateBook 14 is kind of a unique device for anyone who wants to run Android on a laptop without loading it themselves.

Android may have been initially developed as an operating system for phones and tablets, but Google’s been bringing the software to additional devices including TVs, watches, and in-car systems. But Google continues to push Chrome OS for laptops and desktops and Android for… everything else. HP seems to think there’s still a place for Android laptops though.

Former Google Android team member Jean-Baptiste Quéru recently shared some first impressions of the SlateBook 14 and while most apps seem to run well there’s still room for improvement in font rendering and web browsing, among other things.