HP launched a low-cost Android tablet with low-quality specs earlier this year and called it the HP Slate 7. Now the company is updating the line with a new model featuring a better display and faster processor.

The HP Slate 7 Plus is due out in Europe in time for the 2013 holiday shopping season. 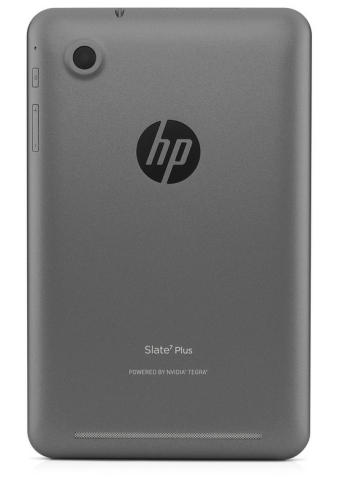 The new Slate 7 basically has the specs of a first-generation Google Nexus 7, including a 7 inch, 1280 x 800 pixel display, 1GB of RAM, 8GB of storage, and an NVIDIA Tegra 3 quad-core processor.

While those specs aren’t exactly state-of-the-art, they’re a lot better than the 1024 x 600 pixel screen and Rockchip RK3066 dual-core CPU in the original HP Slate. And unlike Google’s original Nexus 7, the Slate 7 Plus has a microSD card slot and front and rear cameras.

Interestingly, the HP Slate 7 Plus isn’t the only new 7 inch tablet the company is launching this year.

In September HP also introduced the HP Slate 7 HD and HP Slate 7 Extreme. The former is a low-cost 7 inch tablet with a Marvell PXA986 processor, and the latter is a higher-priced machine with an NVIDIA Tegra 4 quad-core chip and a stylus.