HP’s 7 inch Android tablet is now available in the US. You can order the HP Slate 7 from the  HP website for $169.99. Free 2-day shipping is included. 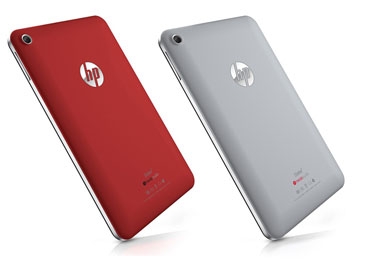 The HP Slate 7 is the cheapest tablet the company has released to date, unless you count the ill-fated HP TouchPad 9.7 inch tablet which launched in 2011 for $499 and up, but which was quickly marked down to $99 in a liquidation sale.

Unlike the TouchPad, the new HP Slate 7 is designed from the get-go as a low-cost device. It’s about the same size and shape as a Google Nexus 7, but sells for $30 less.

The tablet features 802.11b/g/n WiFi and Bluetooth 2.1 and has a 3500mAh battery which the company says should be good for up to 5 hours of run time.

Generally the Nexus 7 still seems like the better buy thanks to a quad-core CPU, newer software, longer battery life, a higher resolution display, and twice the built-in storage. But HP’s tablet does have front and rear cameras and a microSd card slot, which could appeal to some shoppers. It also features Beats audio.