HP is preparing to launch a 17 inch device that you can use as a desktop PC,, or a really big tablet. It’s called the HP Slate 17, and it appears to be a smaller version of the company’s HP Slate 21 or Slate 21 Pro all-in-one desktops.

We first saw benchmark results for the Slate 21 in July and it isn’t available for purchase in the US yet, but now the computer has started to pop up in a few places on the HP website. 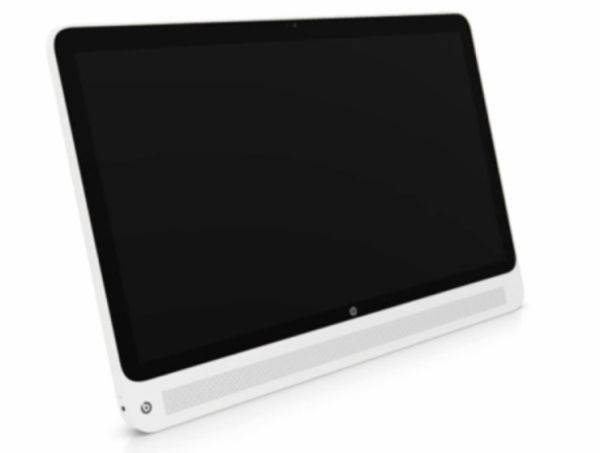 The HP Slate 17 weighs about 5.4 pounds and has a built-in battery that lets you use it for up to 5 hours even when the system isn’t plugged in.

I also found a product video which shows 2 kickstands on the back of the device. Fold out the larger stand and you can prop up the Slate 17 like a desktop monitor. Or you can use the smaller kickstand near the top of the device to  prop up the tablet so that it’s not quite lying flat when you want to use it on a table or desk.

Mobile Geeks reports the HP Slate 17 should be available in the United States for about $470 and up in the coming weeks. The website also found photos of a model with a black and yellow case.