If you still have a Palm Pre or HP TouchPad running webOS software, your phone or tablet could become a lot less useful in January. 3 years after shutting down its webOS hardware division, HP is pulling the plug on its webOS cloud services.

That means the HP App Catalog will disappear, along with the ability to recover lost password, setup cloud services for new devices, or backup or restore a device from the cloud. 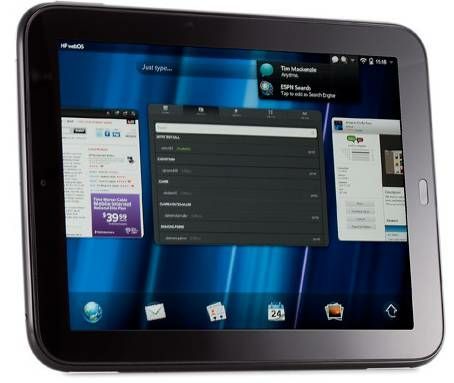 Cloud services will still be available through January, 2015. So if you want to re-download an app, restore your device, or activate a webOS device, you’ll want to do it before then.

On the other hand, it’s been years since HP has updated its webOS software for phones or tablets, so you might be better off switching to another platform. If you don’t want to buy a new device, you can always install Android on the HP TouchPad.

HP spent over a billion dollars to acquire Palm a few years ago in order to get its hands on the company’s webOS software. But sales were sluggish and HP killed its webOS hardware efforts about two months after launching the HP TouchPad.

LG eventually acquired much of what was left of the webOS team and launched a lined of smart TV products built around a new version of webOS. LG also plans to release webOS-powered smartwatches in the future.

Meanwhile much of the original webOS code was converted to an open source project, and there’s a small team working to make a new branch called LuneOS into an operating system that can keep the webOS phone and tablet dream alive.

Many modern smartphone features such as cards-based multitasking and universal search were present in early versions of webOS long before they found their way to other operating systems. But these days most of what webOS and LuneOS have going for them are nostalgia.

There’s still an independent community of webOS users and hackers who have come up with their own methods for doing some of the things HP is ending support for, such as backing up and restoring your device.

via PhoneDog and webOS Nation