Computer maker HP’s laptops are generally divided into three categories. The Spectre line includes premium design, features, and… prices. The Pavilion line features entry-level hardware. And the Envy line is somewhere in the middle — but the middle is a moving target, and the latest Envy devices have features that may have been exclusive to the Spectre line in the past. 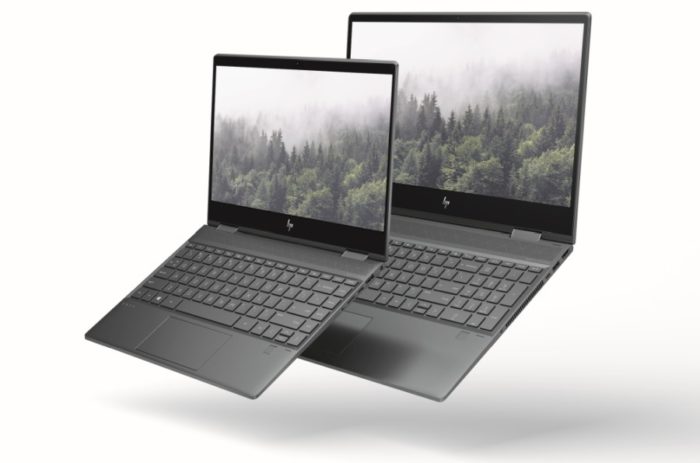 Overall, HP says the company borrowed some ideas from the premium Spectre line of laptops for the 2019 Envy family. The fingerprint reader placement is easier to access. There’s support for a camera kill switch that actually cuts electricity to the camera for better privacy, and support for wake on voice and wake-on fingerprint technology, among other things.

Bezels are narrower. HP SureView options are available (allowing you to limit the viewing angles of the display for privacy with the press of a button). And there’s Alexa voice service support.

Here are more specifics on each model.

The laptop has what HP calls a “Lift Hinge,” which means the bottom of the lid extends below the back of the laptop when it’s opened, giving the keyboard a bit of a tilt where the back is higher than the front. And because the laptop is so thin, it uses “drop jaw” designs for its USB-A ports, allowing HP to cram a full-sized port into a thin laptop by featuring a flap that you have to pull down to attach a USB device.

HP has provided fewer details about this model, but we do know that it’s said to have 16.5 percent smaller screen bezels than the previous-gen model, a slightly smaller overall footprint, and it’ll be powered by an AMD Ryzen processor.

It seems to have similar ports to the HP Envy 13 laptop, but since this model is a little thicker, it doesn’t have job-draw designs for the full-sized USB PORTS>

Prices are expected to start at $700 and the convertible laptop should be available starting in April. This is what it looks like:

This 15.6 inch laptop comes with a choice of Intel or AMD processors. But physically both models look pretty much the same.

Under the hood there are some big differences though.

HP will offer AMD Ryzen-powered models for $800 and up with a choice of Ryzen 5 2500U or Ryzen 7 3700U processors with Radeon Vega integrated graphics. 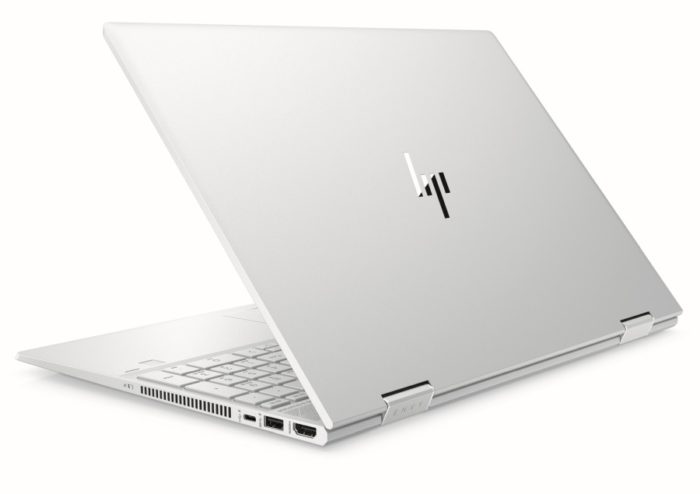 Intel-powered models will be available with Core i5-8265U and Core i7-8565U processor options featuring Intel UHD graphics. Prices will start at $870 for the Intel versions, which should also be available in April.

Another difference is that the Intel-powered version supports Bluetooth 5, while the AMD models top out at Bluetooth 4.2.

No matter which processor you opt for, you get stereo speakers with Bang & Olufson sound, PCIe NVMe solid state storage, and DDR4-2400 RAM.

HP says entry-level models will feature 1080p screens, but the company will also offer 4K display options for folks who’d prefer a high-resolution display… and who’d be willing to sacrifice some battery life to power that screen.

Weighing in at 6.4 pounds, this is by far the least portable of the bunch. But I’m going to include a few details in this roundup for the sake of completeness, and because it’s both the most powerful laptop in the HP Envy 2019 lineup. The company has also shrunk the top bezel by 45 percent, so at least it’s smaller than previous models.

HP says the new Envy 17 will be available with up to a Core i7-8565U processor with support for NVIDIA GeForce MX250 graphics (with 2GB of GDDR5 RAM). 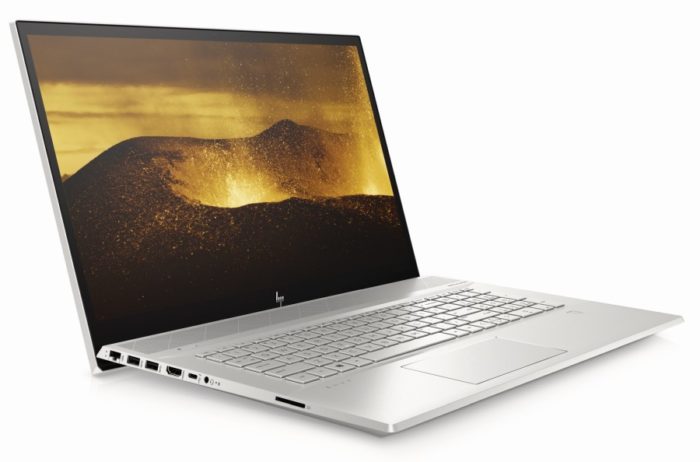 Since there’s more room under the hood on this model, it supports 12GB of RAM, 32GB of Intel Optane memory, and a 512GB PCie NVMe solid state drive.

The laptop has a 17.3 inch, 1920 x 1080 pixel display, stereo B&O speakers, and all the same ports you’d find on the smaller models, plus a dedicated Ethernet jack and one additional USB-A port.

It also has an optical disk drive and a numeric keypad on the right side of the keyboard.