HP is following through on its commitment to release the source code for webOS one piece at a time. Today the company released the source for the Isis browser, a new version of the web browser for webOS phones and tablets. 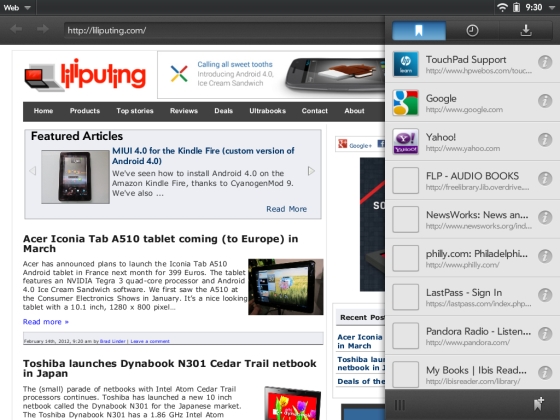 Isis is described as a work in progress, built with QtWebKit, JavaScriptCore, and support for other web technologies including support for plugins such as Adobe Flash.

HP discontinued all of its webOS phones and tablets last summer, but the company recently announced plans to release webOS as open source software which could be used on upcoming HP products or used by other companies looking for an alternative to Android.

It’s too early to say whether the move will be enough to keep webOS alive in the long run, but for now webOS enthusiasts and independent developers should be able to use the code that HP is releasing to build interesting things on the platform.

Today the company also outlined how it plans to run the open source initiative, including the code repository, the system for community contributions to the core software, and a list of project leaders.