HP never planned to release the HP TouchPad tablet to the public with Google Android. Instead, when the 9.7 inch tablet hit the market last summer it was running HP webOS 3.0 software. 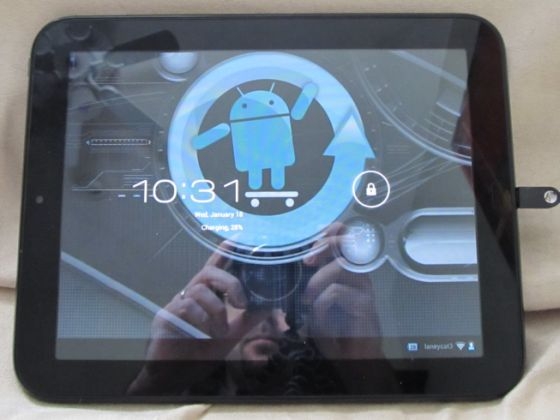 But a handful of customers purchased tablets that had Android installed instead. These devices appeared to be running builds of the operating system designed for internal testing.

HP canceled the TouchPad less than two months after it went on sale, marking down prices to as little as $99 for a 16GB model to clear out the remaining inventory.

At that price, the TouchPad became popular with customers looking for an inexpensive tablet — as well as with people looking to install Google Android.

While a talented group of independent developers has already figured out how to install Android 2.3 and Android 4.0 on the TouchPad, the work was done without any help from HP… until now.

HP officials had insisted last year that the company was under no obligation to release any source code for the Android software that shipped on a tiny number of tablets, because it was never meant to be released to the public.

But this week HP went ahead and released the source for the Android kernel and some other software that had been developed in 2011. It hasn’t been updated in nearly a year, and the kernel doesn’t include WiFi support. But the developers behind CyanogenMod Android software for the HP TouchPad have already found a few things in the kernel that they plan to incorporate into future versions of their software.

You can find more information and download links at the RootzWiki forum.