The HP Pavilion x2 11t is a Windows tablet with an 11.6 inch display and a detachable keyboard dock that transforms the tablet into a notebook. Without much fanfare, HP started selling the Pavilion x2 11t in late November 2013 for about $600 and up.

While there are plenty of 2-in-1 tablet/notebook hybrids on the market these days, this model manages to stand out thanks to its processor: The HP Pavilion x2 11t is one of the first computers to ship with an Intel Pentium N3510 processor. 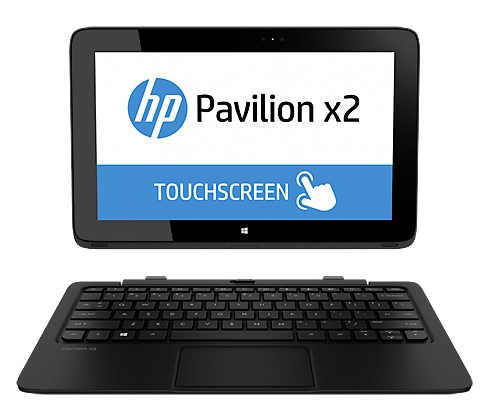 Intel’s Pentium N3510 chip is based on the same Silvermont architecture as Intel Atom Bay Trail chips like the processors found in the Asus Transformer Pad T100 and Dell Venue 8 Pro tablets.

Like those tablets, the HP Pavilion x2 11t has a low-power, moderate-performance chip. But the Pentium N3510 should be noticeably faster than those Atom chips. It’s a 22nm processor with a TDP (Thermal Design Power) of 7.5 watts and SDP (Scenario Design Power) of 4.5 watts.

In other words, the processor should consume about 4.5W during average use. That’s compared with 2W for an Intel Atom Z3740 or Atom Z3770 Bay Trail processor. The Pentium chip also supports up to 8GB of RAM, while the Atom chips top out at 4GB. It’s one of the most powerful Silvermont/Bay Trail chips designed for notebooks or tablets (there are higher-powered Bay Trail-D chips, but they’re designed for desktops).

All told, that means that while HP’s new 11.6 inch tablet isn’t exactly a speed demon, it should be faster than a Transformer Book T100, while offering similarly long battery life — HP says the tablet should get up to 8 hours, 45 minutes of run time (although it’s not clear if that’s with or without the keyboard base station connected — the keyboard has its own battery).