HP’s latest business tablet is an updated version of the HP Pro x2.

The new model features a 12 inch full HD display, a built-in kickstand, a detachable keyboard, a Wacom pen, and support for up to an Intel Core i7-7Y75 processor.

The HP Pro x2 612 G2 is a fanless computer that measures just over a third of an inch thick, and which weighs about 1.9 pounds. And it’s available starting today for $979 and up. 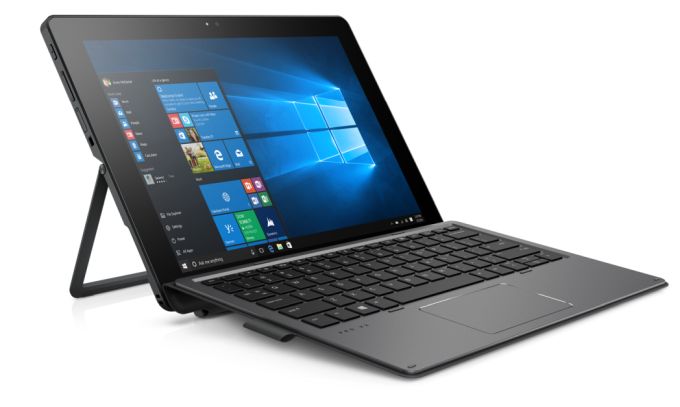 This tablet is aimed squarely at business customers, and it has a couple of nifty features including a removable SSD that allows users to send in a broken tablet for repairs without worrying about exposing confidential data.

HP also equips the tablet with a Smart Card reader, a Windows Hello-compatible camera, and NFC.

The new tablet is thinner and lighter than its predecessor, and HP says it also includes improved palm rejection technology for using pen and touch input simultaneously.

HP also says the kickstand makes this tablet more versatile than its predecessors, since you can prop up the new HP Pro x2 at a variety of angles (up to 165 degrees) with or without the keyboard. But while there’s a keyboard that attaches to the base of the tablet via strong magnets, this Microsoft Surface-like form factor is a lot harder to actually use on your lap than most laptops… or than the original HP Pro x2 G1, which had a firmer keyboard base. 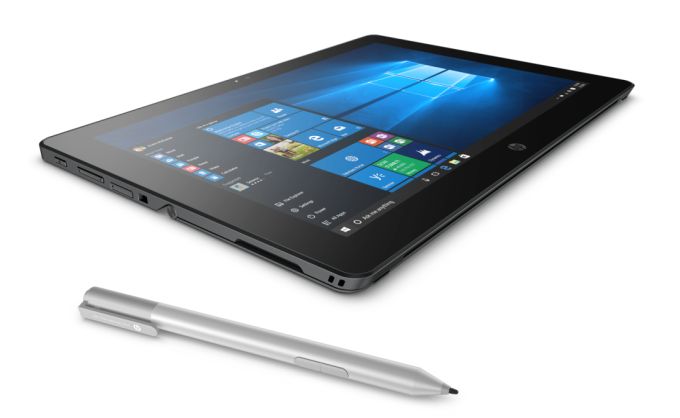 The new tablet comes with 8GB of RAM, a USB 3.1 Type-C port for charging and data transfer, a full-sized USB 3.0 port, a microSD card slot, and a headset jack. There’s also a SIM card slot for cellular connectivity.

HP offers models with between 128GB and 512GB of solid state storage and processor options range from a Pentium 4410Y to Core M3, Core i5, and Core i7 Y-series chips.

The HP Pro x2 612 G2 has a 41 Wh battery for up to 11 hours of run time. While battery replacements are covered by HP’s warranty, the battery is not user serviceable.

Optional accessories include a rugged case, USB-C dock, a USB-C travel hub, a Retail case (for using the tablet as a point-of-sales system, for example).