HP offers some of the most affordable Windows tablets on the market at the moment, including the $100 HP Stream 7 and the Stream 8 which sells for $150 and up.

But some folks are willing to pay a bit more for better hardware, and it looks like HP has something in the works for those customers. The HP Pro Tablet 408 is an 8 inch Windows tablet with more memory, a better camera, and a bigger camera than the Stream 8. It also supports digital pen input.

The Pro Tablet 408 recently showed up at the FCC, but as Dave Zatz pointed out to me, there’s also a spec sheet for this unannounced tablet on the HP website.

Update: HP has officially launched the tablet. It’s available for $299 and up. 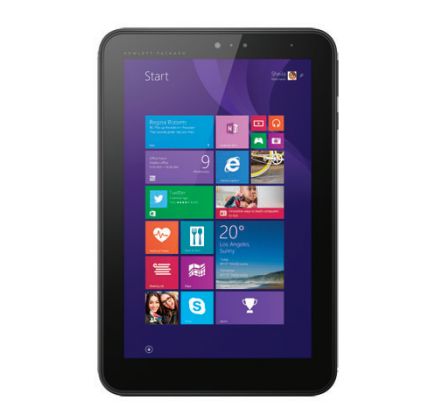 HP hasn’t revealed the price for its new tablet yet, but here’s an overview of the hardware:

An HP Pro Tablet 408 Active Pen is listed as a “recommended accessory,” which suggests that the pen won’t come with the tablet unless you pay extra for it. But it also suggests that the tablet has an active digitizer for recognizing pressure-sensitive input when you’re writing or drawing.

An active pen also lets you hover the pen over the screen to move a cursor without tapping, which can come in handy when you’re using software that supports mouse hovering actions.

This isn’t the first time we’ve seen evidence of a new “HP Pro Tablet.” A 10 inch model called the Pro Tablet 10 EE G1 showed up at the FCC last month.

Update: An unannounced 12 inch HP tablet code-named “Dane” also showed up at the FCC recently, but I haven’t found as many details about that model yet.