Like last year’s model, the new HP Pavilion x2 is basically a 10 inch tablet with a detachable keyboard. But this year HP has updated the design with a sturdier keyboard base for a more laptop-like experience, a wider trackpad, and Bang & Olufsen audio. 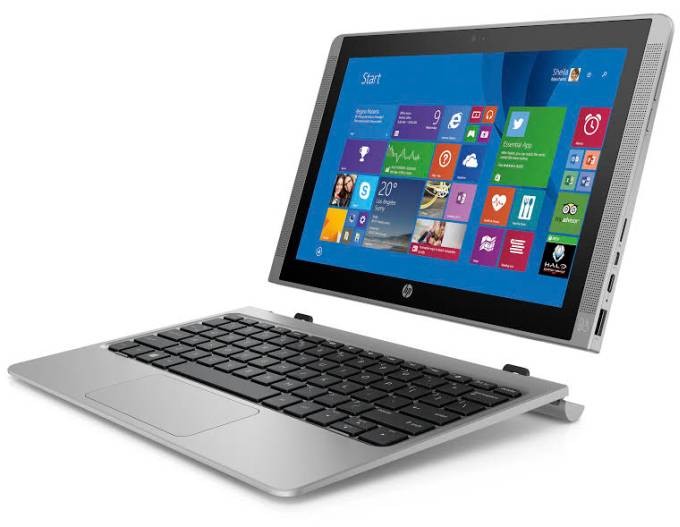 HP showed off the new Pavilion x2 at Computex, but it’ll be available globally at the end of July.

The laptop has a hard keyboard that’s 93 percent the size of a normal HP laptop keyboard, and which has the same 1.5mm travel for the keys. It features a magnetic connector that lets you attach the tablet and keyboard without any latches. But HP says the connection is sturdy enough to let you hold the computer from the tablet section without worrying that the keyboard will fall off.

You can also position the tablet so it faces away for the keyboard if you want to use the system in stand mode. And HP says you can open the laptop to a 135 degree angle without worrying that the computer will tip over (which is a few degrees more than you can get out of an Acer Aspire Switch 10 or Asus Transformer Book T100).

The tablet alone weighs about 1.3 pounds, while the keyboard is 1.2 pounds. Used together, you have a 2.5 laptop that measures about two thirds of an inch thick (the tablet alone is 0.38 inches thick). 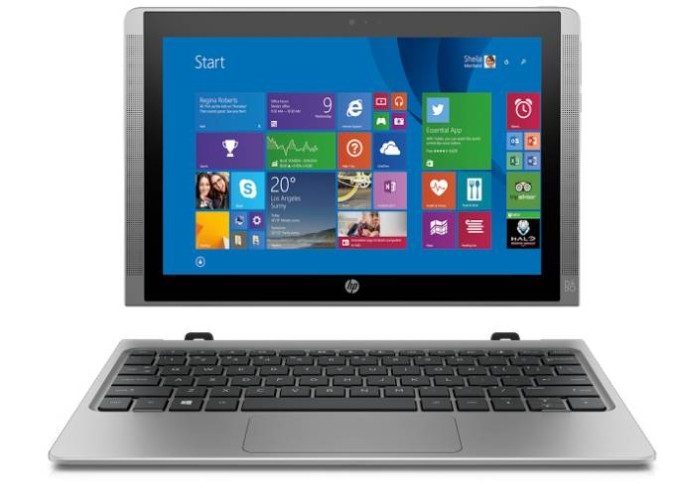 It has a USB Type C connector which serves as both a charging port and a USB adapter, a full-sized USB port, a micro HDMI port, microSD card slot, and a 10 inch, 1280 x 800 pixel IPS display.

A model with 32GB of storage sells for $299 and comes with a 1-year subscription to Microsoft Office 365. HP will also offer a 64GB model. Both will feature 2GB of RAM.

The HP Pavilion x2 2015 will be available in red, white, and silver.

HP will ship the Pavilion x2 2015 with Windows 8.1 32-bit, but the computer’s been designed with Windows 10 in mind and qualifies for a free update to Windows 10 once the new operating system is released on July 29th.

Note that HP showed off a version of the Pavilion x2 with an Intel Cherry Trail processor at Computex, but the system will initially ship with a Bay Trail processor. There’s a chance the company could offer a model with a next-gen Atom processor in the coming months.