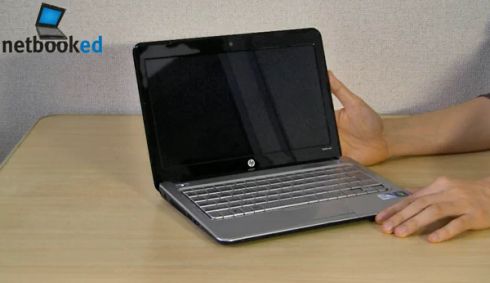 The HP Pavilion DM1 is an 11.6 inch laptop with a CULV processor. It’s not available in the US yet, but Peter from Netbooked isn’t in the US, and he managed to get his hands on a Japanese model. He’s posted an unboxing video, which you can check out below.

The version Peter picked up has a dual core 1.2GHz Intel Celeron SU2300 processor, integrated GMA 4500MHD graphics, 2GB of RAM, a 250GB hard drive, and a 6 cell battery. It has an HDMI port, 3 USB ports, Ethernet, and a 802.11b/g WiFi. For some reason HP decided to go with a single jack for the mic and headphone instead of separate jacks. There will also be a version with a dual core Pentium SU4100 processor and other configuration options may be available soon.

The Pavilion DM1 looks an awful lot like the HP Mini 311 on the outside. They appear to have the same keyboard, touchpad, chassis, and display. But the HP Mini 311 has an Intel Atom processor and NVIDIA ION graphics, and will likely sell for a lower price in most parts of the world.