The HP Omen X Compact is a gaming desktop with a powerful processor, one of the fastest consumer graphics cards on the market, and plenty of other goodies for high-performance gaming and virtual reality experiences.

The size and weight matters, because the Omen X Compact isn’t just meant to sit on your desk: it’s also meant to work with an optional backpack accessory that lets you wear the computer. The idea is that if the computer is strapped to your back, you won’t have to run wires all over the room to connect a headset to a PC.

HP’s been working on the concept for over a year and unveiled the final version in June. Now it’s available for purchase. 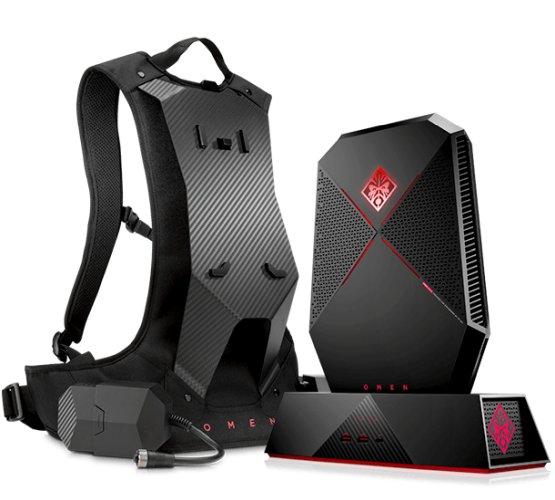 Priced at $2500, the Omen X Compact isn’t exactly cheap. And that price doesn’t even include the backpack accessory, which will set you back another $500… when it ships. It’s currently out of stock.

But you get a heck of a lot of PC for the money. Here’s a run-down of the Omen X Compact spec sheet:

The backpack accessory is more than just a holder for the PC. It also houses hot swappable batteries, that allows you to keep running on one battery while changing the second. It also comes with a battery charging dock and a 3-in-1 headset cable.

When using the Omen X Compact with the backpack kit, the whole thing weighs about 8.3 pounds, not counting the weight of the Oculus Rift, HTC Vive, or other virtual reality headset you’re almost certainly going to be using with the system if you decide to drop $3000 on this backpack PC. 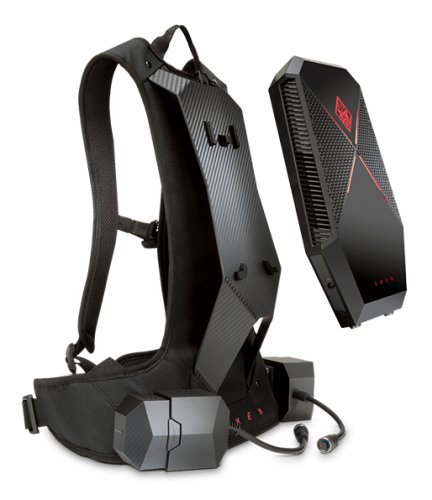 HP isn’t the only company to develop a backpack PC designed for virtual reality, but the Omen X Compact is one of the most impressive models to date.

What remains to be seen is whether there’s much of a market for this sort of thing, especially at a time when other wireless VR options are starting to emerge. The TPCast add-on for the HTC Vive, for example, lets you connect that headset to a PC without wires. And while Google’s Daydream virtual reality platform isn’t as powerful as a PC-based system, standalone headsets that don’t require a PC or phone at all are on the way.

Heck, for the price of an HP Omen X Compact+ backpack, you could buy a Microsoft HoloLens dev kit for an all-in-one experience.