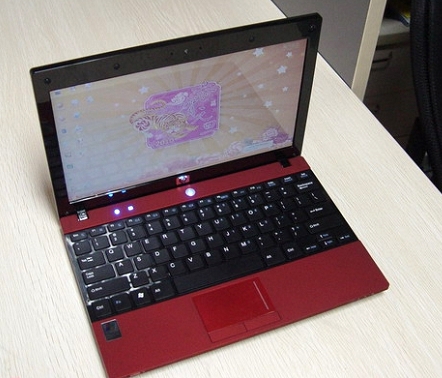 Chinese companies have been producing cheap knockoffs of big name laptops for years. But you know what most of them lack? Big name branding. Fortunately, at least one Chinese manufacturer realizes that the same thing is true for fake brand name laptops as fake brand name handbags: They’re more attractive if you don’t know they’re fake.

Of course, that means the knockoff also has a larger keyboard, which might be a bonus for some people. The screen is a high resolution 1366 x 768 pixel display, and the computer packs some of the same features as the HP Mini 5102, including a 1.66GHz Intel Atom N450 processor, attractive red cover, and chiclet-style keyboard as well as 802.11b/g/n WiFi.

The knockoff also sells for just about $337 in China, although it probably won’t be available for that price in the US — or anywhere else, anytime soon.