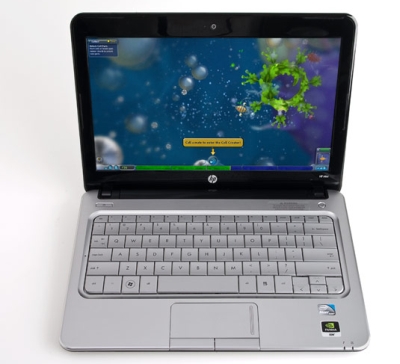 Yesterday the folks at Laptop Magazine benchmarked the HP Mini 311. Today, they posted a detailed review of this 11.6 inch laptop with NVIDIA ION graphics. The verdict? It outperforms pretty much every 10 inch Intel Atom powered netbook in most areas, especially when it comes to tasks that really take advantage of the NVIDIA GPU like watching HD video and transcoding video (using software with GPU acceleration).

But the most impressive thing? It accomplishes this without sacrificing battery life. Laptop Magazine squeezed more than 5 and a half hour of battery life out of the HP Mini 311. Bear in mind, the Laptop Magazine battery test consists of web surfing over WiFi. I suspect the score would be much lower if the test consisted of playing 1080p video in a continuous loop.

The HP Mini 311 is still saddled with the same 1.6GHz Intel Atom N270 processor found in countless other notebooks, so the laptop isn’t necessarily going to be a speed demon. In fact, for many tasks, such as web surfing, I wouldn’t expect it to be noticeably faster than any other netbook. But if video performance is high on your priority list, you could do a lot worse than this $399 laptop.

Keep in mind, the HD video acceleration works only for local media right now. Adobe isn’t expected to release Flash Player 10.1 until next year. That’s the version that will take advantage of NVIDIA GPU acceleration to enable 1080p Flash video to play smoothly on computers with NVIDIA ION graphics.