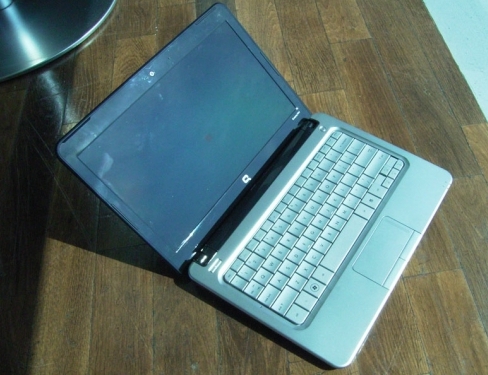 HP hasn’t officially announced the HP Mini 311 yet. But a flood of info about the upcoming 11.6 inch laptop with NVIDIA ION graphics has been spilling out over the last few days. And now it looks like a pre-production model is making the rounds. Netbook News.it has posted some hands-on photos and a bit of information about the laptop’s performance.

The laptop has an 11.6 inch, 1366 x 768 pixel display, 1GB of RAM, and a 160GB hard drive. It sports a 1.6GHz Intel Atom N270 CPU and NVIDIA ION graphics, which means it should be able to handle 1080p HD video from the hard drive, although it will likely struggle with high quality Flash video, since Adobe Flash relies on the CPU, not the GPU.

According to Netbook News.it, the HP Mini 311 (or actually, the Compaq Mini 311c, as the European model is called), outperformed the Samsung N510 in 3dMark2006 benchmarks. This might be because the HP laptop has more dedicated video memory, but since this is a pre-production unit I’d take any test results with a grain of salt or two.

One reply on “HP Mini 311 manhandled in Europe”