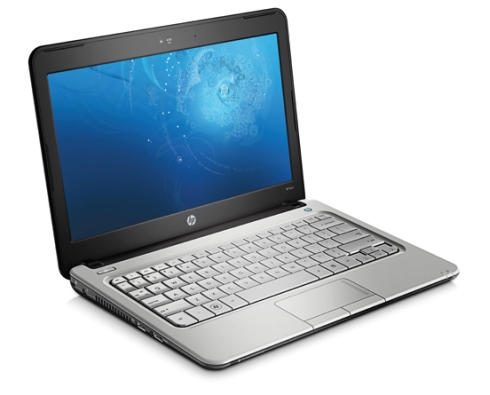 The HP Mini 311 appears to be inching toward reality, and today it’s smiling for its close-up. A few days ago the model number was spotted in an HP support document. And a few online retailers posted specs, implying it would be an 11.6 inch machine with NVIDIA ION graphics (Intel Atom N270 CPU and NVIDIA GeForce 9400M graphics).

Now it looks like a whole slew (37, to be exact) of different versions of the 311 are showing up on the HP support site. And Notebook Italia has snagged a handful of pictures of the upcoming laptop.

The pictures show a Compaq logo on the lid, which makes me think we’re looking at the European version. HP has a tendency to release some of its HP Mini products under the Compaq brand name in Europe. Otherwise, the lid seems to ave a similar style to the HP Mini 110 netbook lid.

The keyboard and overall case design also appear similar to those on the HP Mini 110 series. But the case is larger, and the keyboard doesn’t stretch from edge to edge. HP has also moved the touchpad buttons below the trackpad instead of placing them to the left and right sides. And the keys on the keyboard appear to be a little more concave than those on the Mini 110.