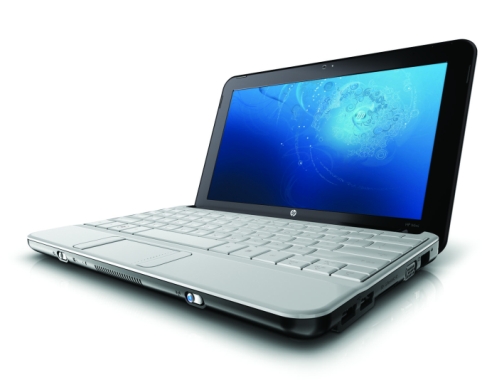 First, all three machines are available with high capacity hard drives. The HP Mini 1000 tops out at 80GB because HP decided to keep the chassis as small as possible and use a 1.8″ HDD. The new models are a little thicker (up to 1.3″ thick at their beefiest points), but some modesl are available with hard drives that pack 160GB of storage space or more.

Second, the machines that don’t run Windows XP are available with up to 2GB of RAM and hard drives up to 250GB. That goes for the HP Mini 110 Mi Edition which runs a custom version of Ubuntu Linux (much like the HP Mini 1000 Mi Edition) and the HP Mini 1101 which can run either Windows XP or Vista. Oh yeah, and third HP is offering a Windows Vista option.

All three netbooks should be available at HP’s Mini site starting in June.

Here’s a breakdown of some of the options available with each of the new machines:

You can check out more pictures of the HP Mini 110 and Mini 1101 after the break.

Update: Laptop Magazine also noticed that the new HP Minis have 3 USB ports (previous models had just 2), and comes with Syncables software for synchronizing files between your netbook and another PC. HP also released a short promotional video. You can watch it after the break.