About a year after launching an 8 inch Windows tablet with an exceptionally low starting price of $150, HP is back with a new model that costs more than twice as much. But that’s because the new HP Envy Note 8 is in a completely different class than last year’s entry-level Stream 8 tablet.

The HP Envy Note 8 has a full HD display, an Intel Atom Cherry Trail processor, 4G LTE, Wacom digital pen and an optional keyboard dock that lets you use the tablet like a notebook.

HP offers the Envy Note 8 and stylus for $329 or you can get a bundle that also includes the keyboard for $429. 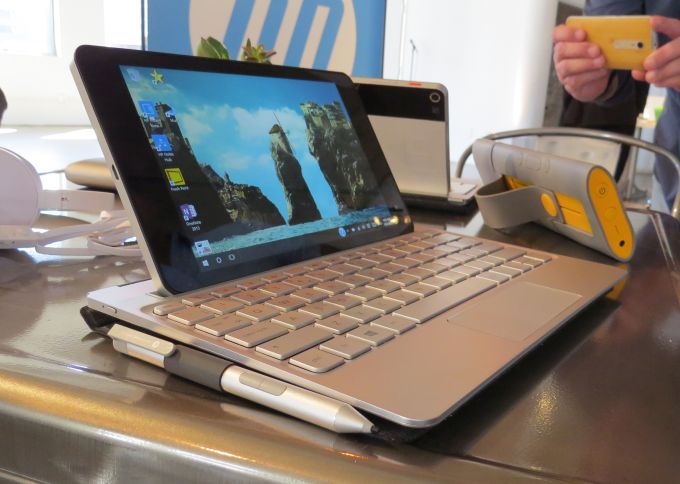 Most 8 inch tablets don’t come with keyboards, because if it was the same width as the tablet, the keys would be almost too tiny to touch. But HP wanted to deliver a tablet that could be used for work or play, so the company built a keyboard dock that’s about the size of a 10 inch notebook or tablet keyboard.

There’s a groove at the top of the keyboard which you can use to prop up the Envy Note 8 in landscape or portrait mode. And when you’re not using the tablet, you can slide it into a notch on the back of the keyboard, allowing the dock to act as a screen cover.

The keyboard feels pretty good and has 1.5mm key travel distance. There’s a touchpad below the spacebar that’s wide but not very deep. 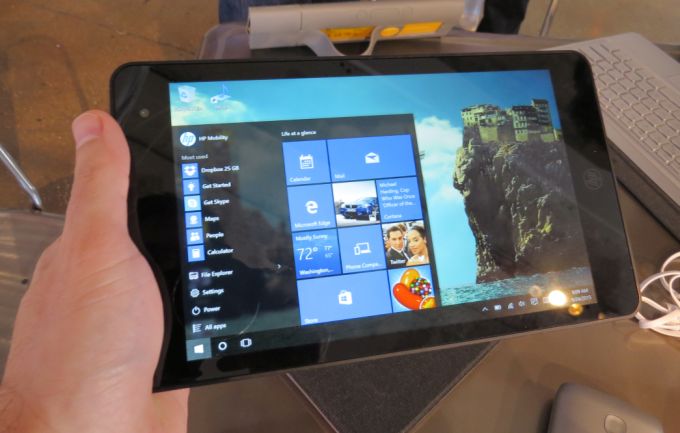 The tablet itself has measures about 0. 3 inches thick and weighs about 13 ounces. It has a 1920 x 1080 pixel display with wide viewing angles and Corning Gorilla Glass 3.

Unlike most recent Windows tablets, the HP Envy Note 8 ships standard with a 4G LTE modem: it’s not an optional feature. Like the Wacom pen, every Envy Note 8 includes cellular capabilities.

The HP Envy Note 8 is powered by an Intel Atom x5-8300 Cherry Trail processor and features 2GB of RAM and 32GB of storage. It has a 5MP rear camera and 2MP front-facing camera, a micro USB 2.0 port, headset jack, and microSD card reader.

HP currently has no plans to offer models with more powerful processors, more memory, or storage.