The new HP Envy 15 with Intel Comet Lake-H and NVIDIA RTX graphics is coming in June for $1350 and up. But if you’re willing to sacrifice a little horsepower for a thinner and lighter laptop, you can save a lot of money by picking up one of HP’s new Envy x360 15 models instead.

These convertible laptops are coming in May with prices starting at $700 for a model with an AMD Ryzen 4000U series processor or $850 for a version with an Intel Ice Lake chip. 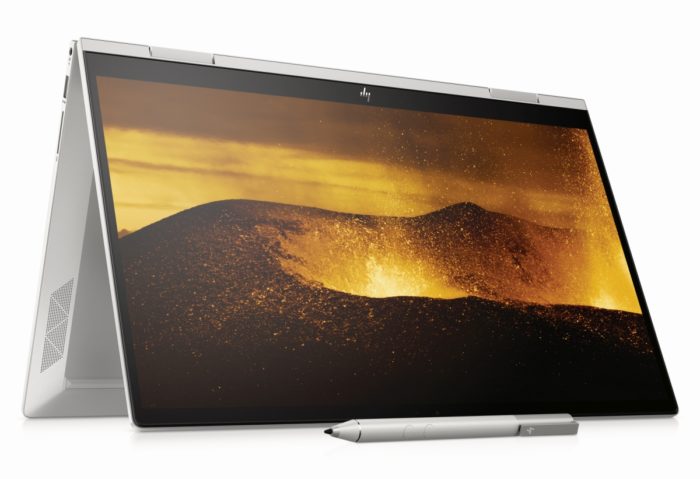 HP says the Intel-powered models weigh 4.24 pounds, while the AMD versions are 4.42 pounds. But otherwise, the specs for each version are pretty similar.

Other common features include support for 802.11ax WiFi, Bluetooth 5.0, and selection of ports that include:

The laptops have backlit keyboards with number pads and a fingerprint reader in the keyboard area, triple speakers with Bang & Olufseen audio, and 51Wh batteries, and support for fast charging — HP says you should get a 50 percent charge in 30 minutes.

The key differences between the laptops? Price and processor.

HP will offer the AMD version with up to an AMD Ryzen 4700U processor with Radeon graphics, while the Intel model supports up to a Core i7-1065G7 Ice Lake processor with Iris Plus graphics.