HP is now taking pre-orders for its first Windows 10 PC powered by an ARM-based processor. And as expected, it’s not cheap. 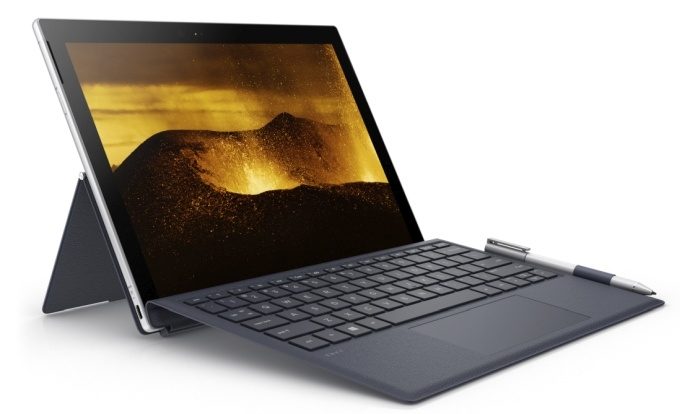 It has Bang & Olufsen sound, stereo speakers, a 13MP rear camera, a 5MP front camera, and a 3-microphone array, a microSD card slot, and a detachable backlit keyboard.

The key thing that makes this machine unusual is that it’ll be one of the first (nearly) full-fledged Windows PCs with an ARM processor. It’s a little thinner and lighter than another HP Envy x2 model that will feature an Intel chip, but the Snapdragon-powered model is expected to offer longer battery life.

It’s also an “always connected PC,” which means that you can get smartphone-like instant-on functionality and continue to receive notifications and other updates even when the screen is off… assuming you’re connected to a WiFi or mobile broadband network.

HP will ship the Envy x2 with Windows 10 S, but you can upgrade to Windows 10 Pro for free. Just keep in mind that doing so will let you run many Win32 applications, but Windows 10 on ARM does have a number of limitations. Among other things, doesn’t support x64 applications or those that rely on recent versions of OpenGL,.

If the $1000 price tag for the new HP Envy x2 with a Snapdragon 835 processor seems high, then a) you’re probably not the target market and/or b) you might want to keep an eye out for other Windows on ARM devices.

While those prices are comparable to what you’d pay for a high-end smartphone with a Snapdragon 835 processor, the chip is expected to offer performance that’s on par with what you’d get from a budget notebook with an Intel Apollo Lake or Gemini Lake processor, which makes me wonder whether how wide the appeal for these devices will be.

On the one hand, an always-connected, instant-on PC with all-day battery life could be appealing to business travelers who could afford to foot the bill for an expensive PC (and who may not need bleeding edge CPU performance). And it’s exciting to see a new competitor in the PC chip space.

But on the other, you could buy 2-3 cheap notebooks for the price of one HP Envy x2.

That said, while the first Windows on ARM PCs will ship with high-end Qualcomm chips, the platform isn’t limited to Qualcomm’s Snapdragon 835 (and upcoming 845) processors. We could eventually see cheaper Windows on ARM machines with lower-cost (and performance) chips from Mediatek and other companies.