One of the complaints I often hear about Windows 8 tablet is that they cost too much money when compared with Android and iOS tablets. For instance when I reviewed the HP Envy X2 recently, I noted that it has a list price of $849.

But now you can pick one up for $525. That might be the best price for any Windows 8 tablet that comes with a keyboard dock, and it’s only $25 more than a current-generation iPad (without a keyboard and with significantly less built-in storage). 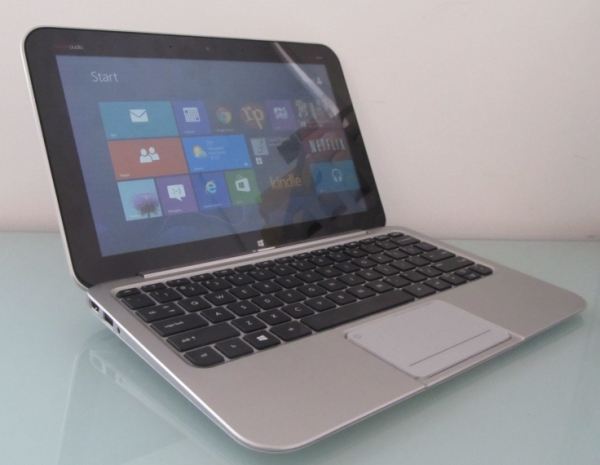 What you get for the money is a portable computer that can be used as either a tablet or a laptop. It has an Intel Atom Z2760 Clover Trail processor, 2GB of RAM and 64GB of storage and runs Windows 8.

The Envy X2 has an 11.6 inch, 1366 x 768 pixel touchscreen display, front-and-rear cameras, and two batteries: one in the tablet, and another in the keyboard dock. When using the computer in notebook mode, you should be able to get around 12 hours of battery life. The tablet alone can run for around 7 hours.

The tablet weighs about 1.5 pounds. Add the keyboard dock and you’ve got a notebook that weighs around 3 pounds.

As a Windows notebook, the HP Envy X2 isn’t exactly a top-tier performer. It’s not as fast as a model featuring an Intel Core i3 or even the latest AMD E-series processors. But it gets long battery life, feels as fast as a Windows RT tablet when running full-screen Windows 8 “Modern” style apps, and offers the added bonus of an option to run full desktop-style software.

At $849 it’s a tough tablet to recommend. At $525, it represents an interesting option for folks that like the idea of a tablet — but aren’t comfortable with the limitations of a mobile operating system like Android or iOS.

There may be far more mobile-friendly apps available for iPads or Android tablets at this point, but there are millions of desktop Windows apps which you can run on a device like the HP Envy X2… just as long as you don’t expect them to run at blazing fast speeds.

via ZDNet and SlickDeals