Apparently all-in-one desktop PCs with touchscreen displays and built-in batteries are a thing now. Sony and Dell have them, Lenovo and Asus have put their own spin on the idea. And now HP is getting in on the action.

The HP ENVY Rove 20 is an all-in-one desktop/tablet that will launch in July for under $1000.

Update: The Rove 20 is now available for purchase. 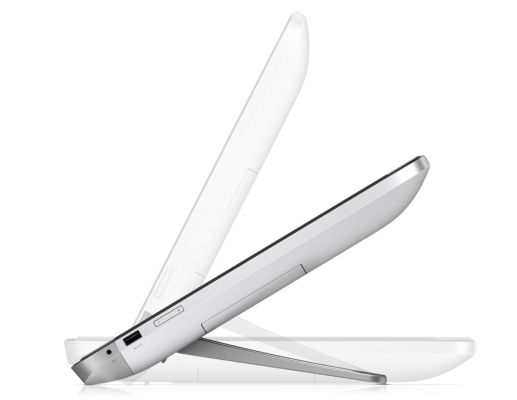 But at nearly 12 pounds, it’s kind of heavy for a tablet. And the built-in kickstand in the back shows what this tablet is really designed for. You can prop it up on your desk and plug in a mouse or keyboard to use it as a full-fledged PC.

Since it can run on battery power though, you can pick it up and carry it anywhere in the house. Put it on a table in the living room and you can watch videos. Carry it to the kitchen and use it to listen to internet radio while looking up recipes.

Or lay it down flat on a table and you can play multiplayer games. It comes with Monopoly and a few other titles preloaded.

HP hasn’t provided all the details about the tablet yet, but it’s expected to feature an Intel Haswell processor.