As promised, HP is starting to offer thin and light laptops that look like ultrabooks, but are instead “sleekbooks.” The only real difference is that sleekbooks feature AMD processors, since Intel owns the trademark on the word “ultrabook.” 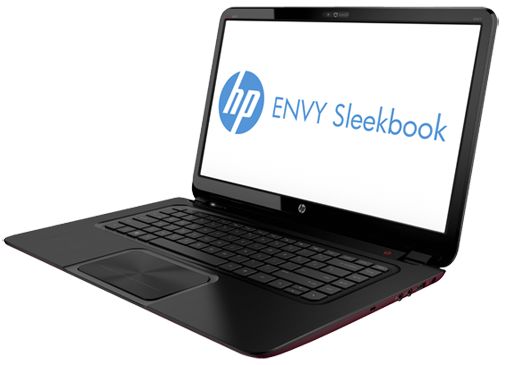 Each laptop measures just 0.78 inches thick — but the Intel model is a little heavier at 4.75 pounds. The Sleekbook version weighs 4.53 pounds.

The ultrabook model also has a 32GB solid state disk for cache.

Update: You can configure the HP Envy 6z-1000 with a choice of dual core quad-core AMD processors, up to 8GB of memory, and up to 500GB of disk space.