The HP Envy 14 Spectre is a striking looking notebook, with Corning’s sturdy, scratch-resistant Gorilla Glass not only covering the display, but also the lid. There’s also a glass touchpad and a glass palm rest area for some reason. 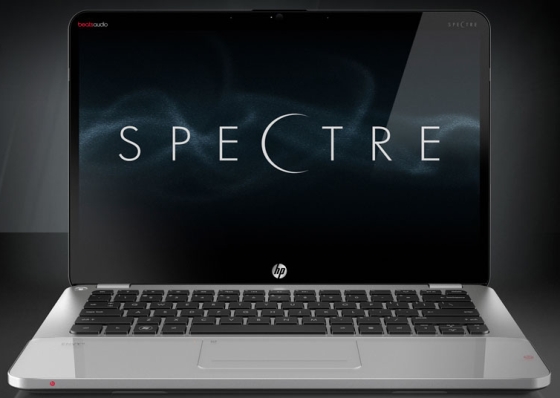 But all that glass makes the Envy 14 Spectre a little heavier than most ultrabooks. The 14 inch notebook weighs in at about 3.9 pounds. It also measures about 0.8 inches thick, which puts it on the chunky end of the ultrabook scale — but it’s still much thinner and lighter than most notebooks with 14 inch displays.

HP has started taking orders for the Envy 14 Spectre and expects the glassy ultrabook to start shipping on February 17th. But before you pull out the wallet, you might want to take a look at the price tag.

With a starting price of $1399.99, this is one of the most expensive examples of an ultrabook to date.

Under the hood you do get some nice features including an Intel Core i5 Sandy Bridge processor, 4GB of RAM, a 128GB solid state disk, and a backlit keyboard. But aside from the keyboard, you could get most of those features from a much cheaper ultrabook from Acer, Toshiba, or any other ultrabook maker.

In other words, if you choose the Envy 14 Spectre, you’re mostly paying for style… well, style plus the support for NFC (Near Field Communication) technology — something that’s more common in smartphones than notebooks.

If you’ve got even more cash burning a whole in your pocket you can upgrade to a Core i7 CPU and 256GB solid state disk. I’m just not sure why you would.