The HP Elite x3 is the Windows smartphone I think some people were hoping the Microsoft Lumia 950 and 950 XL would be. It has top-tier specs, support for Microsoft Continuum software so you can connect a keyboard, mouse, and external display to run Universal Windows apps in desktop mode… and it uses virtualization to let enterprise users interact with legacy Windows apps as well.

But those features don’t come cheap. First unveiled in February, the HP Elite x3 is expected to launch soon, and it looks like it will sell for $799 in the US and €699 in Europe.

Update: HP has officially announced that the Elite x3 smartphone will be available in the US starting August 29th. The phone is price at $699, while a phone + desk dock bundle will be $799. 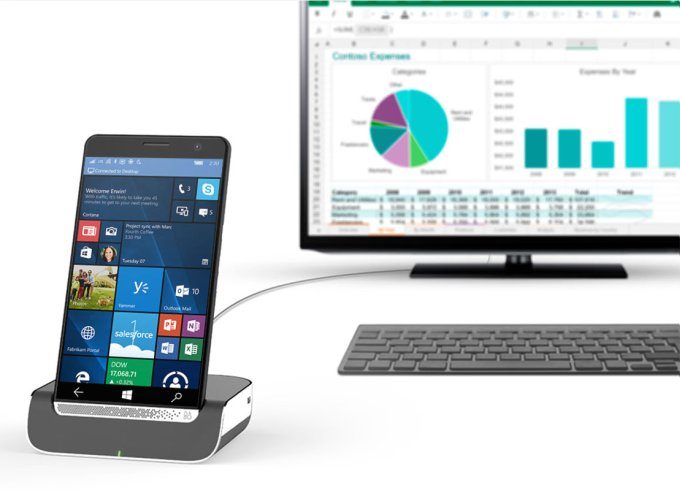 That European price doesn’t include the taxes that are usually tacked onto goods sol din those countries, so if you go to the HP France website or HP Spain page, for example, you’ll see a total price of €839 or €846, respectively, with taxes included (That’s about $927 – $936 US, although taxes in the United States are likely to be lower.

HP offers an optional Elite Desk Dock that allows you to connect a keyboard, mouse, and display just by dropping the phone into the cradle. There’s also an optional HP Elite Lap dock that basically looks like a laptop, but which is really just a keyboard, touchpad, and display designed to let you use the phone like a notebook PC.