The new HP Elite x2 G8 is a business-class Windows tablet with a 13 inch display featuring a 3:2 aspect ratio and support for pen or finger touch input. The tablet also works with a detachable keyboard, allowing you to use the computer as a notebook as well.

Basically it’s HP’s answer to the Microsoft Surface Pro… except that HP managed to introduce this new model featuring an Intel Tiger Lake processor before Microsoft.

It’s unclear which will actually hit the streets first though. The HP Elite x2 G8 is expected to be available in April, with pricing set to be announced closer to then. 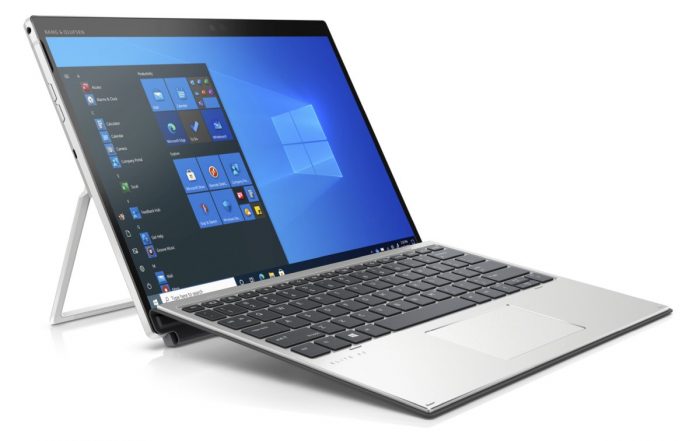 HP has been selling a line of business-class 2-in-1 tablets under the HP Elite x2 brand since 2015. While the overall design hasn’t changed much in recent years, the latest model is the first to be powered by 11th-gen Intel Core i3, Core i5, or Core i7 processor options.

The notebook is available with either a 1920 x 1280 or 3000 x 2000 pixel display, and supports up to 16GB of LPDDR4x memory and up to 2TB of PCIe NVMe solid state storage with optional support for Intel Optane memory.

HP notes that the RAM is soldered to the motherboard though, so if you want the full 16GB, you’re going to have to choose it when you buy the laptop. There’s no way to buy an 8GB model and upgrade at a later time. 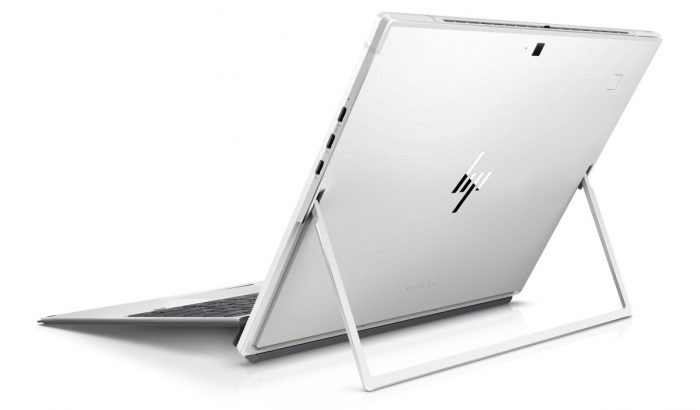 The tablet has two Thunderbolt 4/USB-C ports, one USB 3.1 Type-C port, an a headset jack. And wireless capabilities include WiFi 6, Bluetooth 5.0, and optional support for a 5G LTE Cat 9 modem. There’s also built-in support for Tile’s Bluetooth tracking technology, which can help you locate a lost tablet (or use your tablet to locate lost keys, phones, or other devices).

The HP Elite x2 G8 has a 47 Wh battery with support for fast charging, allowing you to get a 50-percent charge in a half hour. There’s an 8MP camera on the back of the tablet and a 2MP front-facing camera with IR support for Windows Hello face recognition.

There’s also optional support for a fingerprint sensor and other security features including HP Sure View technology which allows you to limit the viewing angles of the screen when you don’t want someone spying over your shoulder or from the seat next to you (assuming we’ll eventually get back to a point where you start going places where strangers are sitting next to you again).