The HP Elite Folio is a business-class convertible PC that can be used in laptop or tablet modes. But unlike most current convertibles, that doesn’t mean it has a 360-degree hinge that allows the screen to flip all the way around until it’s back-to-back with the keyboard.

Instead, the HP Elite Folio has a pull-forward display that allows you to fold the screen flat over the top of the keyboard. 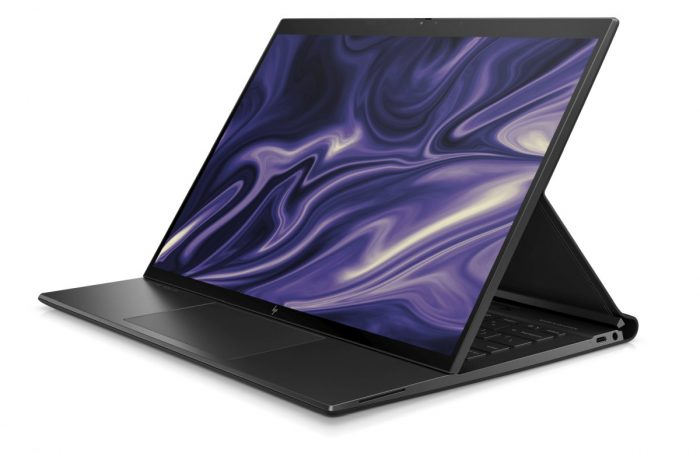 Or you can pull it just part way so that it hides the keyboard, leaving you with just a touchscreen and a touchpad, allowing you to use the computer like an easel for writing or drawing. It’s not the first laptop to feature this type of design, but it is one of the first designed for business.

The HP Elite Folio is also different from most other Windows laptops for another reason – it’s powered by a Qualcomm Snapdragon 8cx 5G processor rather than an Intel or AMD chip. That means you can expect long battery life and support for connecting to 5G networks. But performance may vary depending on the task you’re using the computer for — Windows 10 on ARM remains something of a work in progress several years after Microsoft began offering a version of its desktop operating system for computers with ARM-based processors. 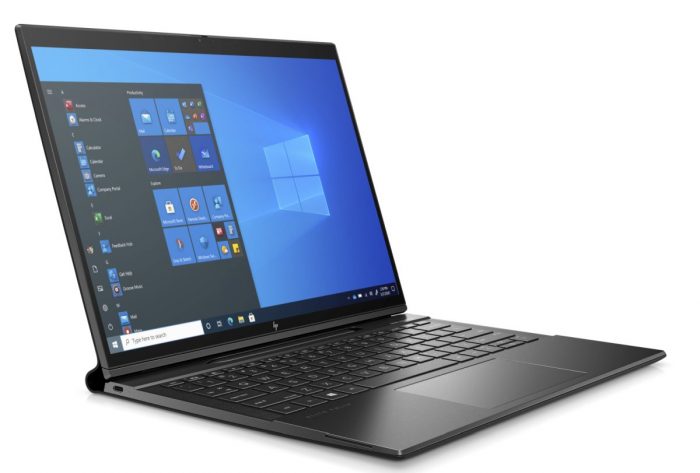 That said, now that Apple is making the switch from Intel to ARM, I wouldn’t be surprised to see more PC makers adopt ARM-based processors from Qualcomm or other chip makers in the coming years. And maybe that’ll lead Microsoft and third-party app developers to find ways to optimize performance on those devices.

HP says the Elite Folio can run for up to 24.5 hours at a time while playing local video, and the computer supports WiFi 6, Bluetooth 5.0, and 4G LTE and 5G connectivity.

The pen charges when it’s stored in that slot, and the notebook can be configured to automatically launch certain apps when you lift the pen from its charging cradle. 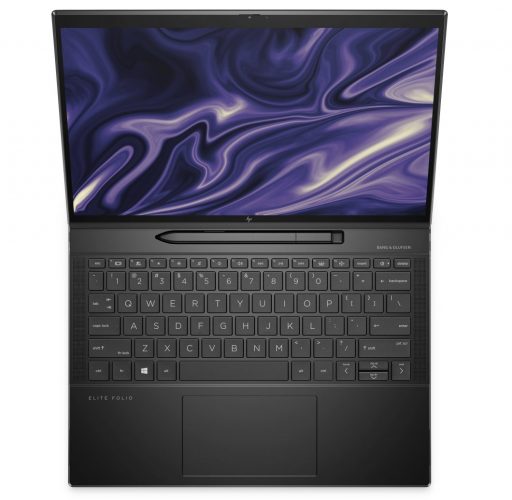 Other features of the HP Elite Folio include:

HP says fast charging support allows the battery to be charged to 90 percent in 90 minutes.

The convertible notebook measures 11.8″ x 9″ x 0.6″ and weighs about 2.85 pounds. It’ll be available in February, with pricing to be announced closer to availability.