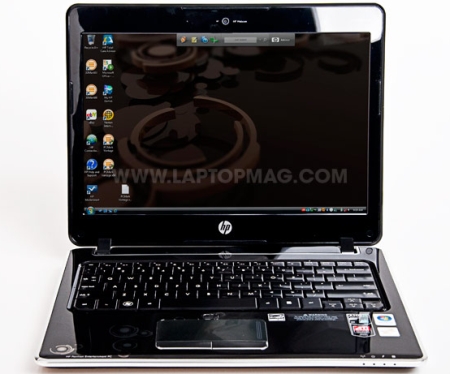 The folks at Laptop Magazine have followed up yesterday’s first impressions post on the HP dv2 with a detailed review. The verdict? It’s definitely bigger, more powerful, and more expensive than the typical netbook. But that extra power takes… well, extra power. And the standard battery dies after about 2.5 hours of use.

Laptop Magazine found the 92% sized keyboard to be a bit cramped, especially since there’s a bit of room on the left and right sides of the keyboard. It loks like HP just took the HP Mini 1000 keyboard and threw it into a larger chassis instead of embiggening it first.

The dv2 apparently does reasonably well with older graphics-intensive video games, but it’s not going to take on a high end gaming rig.

I’m going to wait until I get my hands on a dv2 before making a final determination. But it sounds to me like the computer could be a good option for users who find netbooks too limiting and traditional laptops too large. But this is not a no-compromise device. It’s not as fast as many newer, heavier laptops. And it doesn’t get the kind of battery life we’ve come to expect from netbooks. Perhaps most importantly, it starts at $749, which makes it quite pricey compared to the average netbook.