The new HP Dragonfly Folio G3 is a business-class Windows tablet with a 13.5 inch display with a 3:2 aspect ratio, support for up to a 12th-gen Intel Core i7 vPro processor, and a 2-in-1 design that lets you use the computer as a tablet or a notebook.

But unlike many 2-in-1 tablets, the Dragonfly Folio G3 doesn’t come with a fully detachable keyboard. Instead, the keyboard is built into a folio cover that’s permanently attached. In order to switch from laptop to tablet mode, just lift the screen away from the keyboard, slide it over the top and close it. You can also slide the screen forward part way so that it covers the keyboard, but leaves the touchpad accessible. 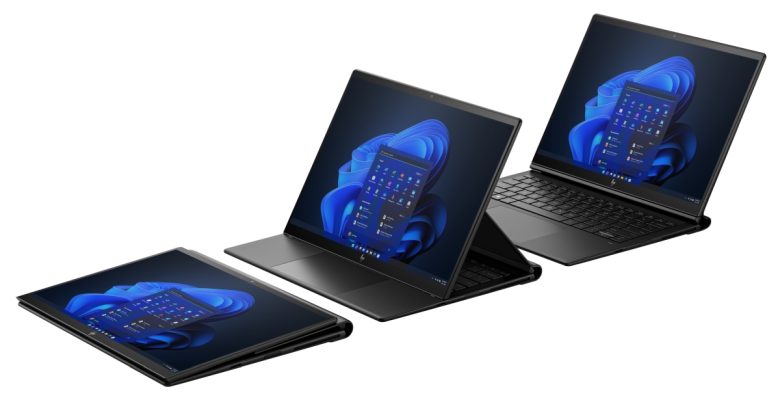 The result is a portable computer that weighs about 3.1 pounds, making it rather heavy by tablet standards. But it earns the folio name thanks to a leather-like polyurethane cover that makes it look like you’re carrying documents or a pad of paper rather than a notebook.

While this isn’t the first time HP has released a tablet with this folio-style case, the new Dragonfly Folio G3 packs much more horsepower than last year’s Elite Folio, which had a Qualcomm Snapdragon 8cx processor rather than an Intel chip. 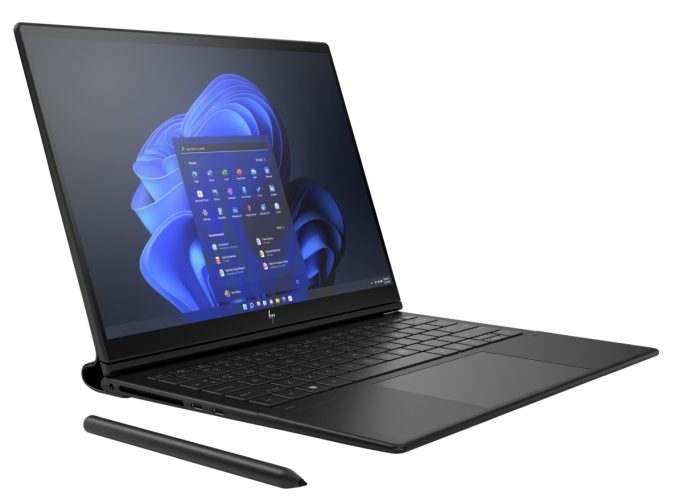 Just keep in mind that HP says models with an OLED display only get around 7 hours of battery life from the tablet’s 53.2 Wh battery, while models with LCD screens can last for up to 13.5 hours under ideal conditions.

Other features include support for up to 32GB of LPDDR5 memory (soldered to the mainboard and not user upgradeable) and up to 2TB of PCIe NVMe solid state storage (on a user-replaceable M.2 card).

HP equips the Dragonfly Folio G3 with quad speakers, an 8MP wide-angle front-facing camera and an IR camera with support for face recognition. The tablet is compatible with a pressure-sensitive HP Dragonfly Folio Pen, which has three programmable buttons, support for wireless charging, and magnets that allow the pen to stick to the side of the computer.

An HP Indirect Inking feature also allows you to use the Dragonfly Folio G3 as a graphics tablet. Connect an external display to one of the Thunderbolt ports and you can use the pen to draw on the Folio while viewing the results on the connected display. 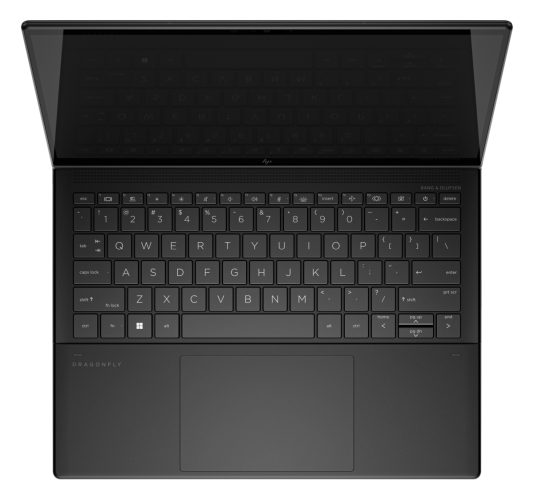 The computer’s chassis is made from 90% recycled magnesium and HP says plastic used in the speaker enclosure and battery housing incorporates ocean-bound plastic.

The HP Dragonfly Folio G3 is available now for $2379 and up.