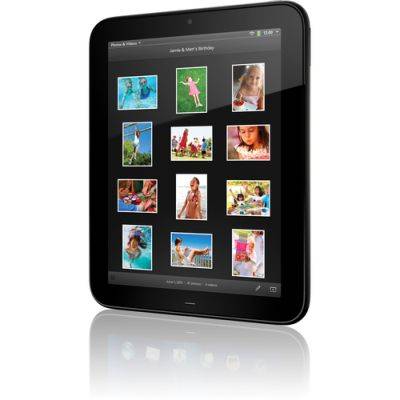 Now that HP has announced that webOS is going open source, CEO Meg Whitman says the company is looking at releasing new webOS hardware. No plans have been finalized yet, but Whitman tells The Verge and TechCrunch that tablets are still on the tablet, but HP is likely pulling out of the webOS smartphone business.

If HP does produce a new webOS tablet it will likely be a while before it hits the streets. Whitman said she’s not sure if it would happen in 2012.

HP’s first webOS tablet has had a complicated history. The company introduced the HP TouchPad at the start of 2011 and released the 9.7 inch tablet in July. It was the first webOS device to ship without a physical keyboard, and HP did a decent job of designing a touchscreen-only device. But with a starting price of $499, the TouchPad didn’t really make much of a dent in the consumer tablet space.

Less than two months later, former HP CEO Leo Apotheker pulled the plug on HP’s webOS hardware division, killing off the TouchPad and all webOS phones. To liquidate the remaining inventory HP marked down the TouchPad with prices as low as $99, and then people started rushing to buy the tablet.

Every store that’s sold the tablet at fire-sale prices has sold out almost immediately. This weekend HP plans to move a batch of refurbished TouchPads through its eBay store, but I expect them to go fast too.

Now there may be more than a million TouchPad users in the wild. While many people picked up the tablet only to install Android on it, that’s still a pretty large base of customers.

But the fact that the TouchPad became popular only after HP started selling the price it costs to build the tablet may not bode well for future webOS tablets. If HP decides to launch another tablet in 2012 or 2013 but charges $499 for it, the device may not meet with any more success than TouchPad did when it launched at that price this summer — especially since consumers may now think of webOS tablets at $99 devices.

On the other hand, HP might take a page out of Amazon’s book and release a device at a much lower price by cutting back on features, competing on price, and trying to make up the difference through app sales.

HP is also expected to launch tablets running Windows 8 in 2012.