As expected, HP is adding a new 12 inch Chromebook to its line of Chrome OS products.

Thanks to a multitouch display and a 360-degree hinge, you can use the computer in laptop or tablet modes, or prop it open part way to stand it up like a tent or use the base as a kickstand. 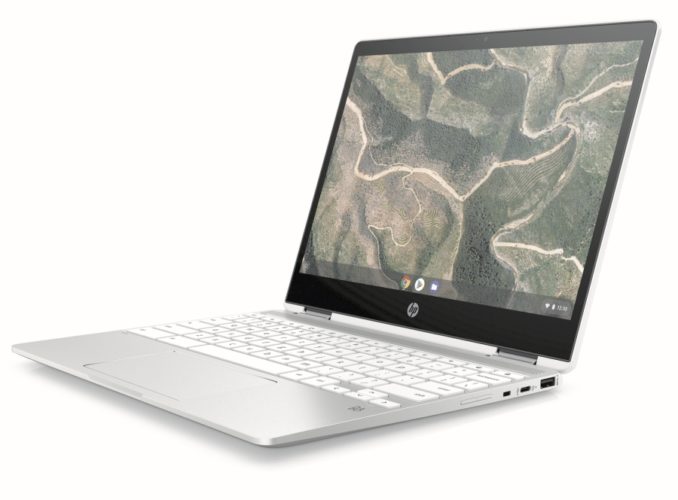 The starting price is for both models covers an Intel Celeron N4000 dual-core processor, but HP says it will also offer models with up to a Pentium quad-core chip and up to 128GB of storage.

In addition to the specs listed above, both laptops supports an optional digital pen that complies with the USI 1.0 active stylus standard. HP says its new USI Pen will be available starting in November for $70.

Like a growing number of Chromebooks, you can also interact with the new HP Chromebooks by voice thanks to support for Google Assistant.

HP says the new laptops have slimmer bezels than its predecessors, plus premium features including a backlit keyboard and metal chassis.

The HP Chromebook x360 12b has a “ceramic white” lid and a “natural silver metal” keyboard deck.

While most of the key specs for this model are the same, there are a few differences. 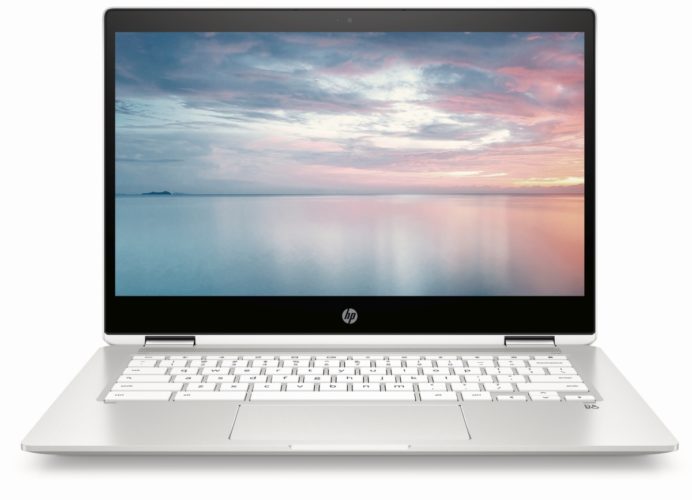 And third, the HP Chromebook x360 14b also has a bigger battery: the 14 inch laptop packs a 47 Wh battery… although HP still says the 12 inch model will get an extra hour or two of battery life.