This week HP and Google introduced a new Chrome OS laptop with an aluminum case, backlit keyboard, and other premium specs including support for up to 16GB of RAM and up to a 3200 x 1800 pixel display.

But while the companies told us the HP Chromebook 13 G1 would have a starting price of $499, they weren’t particularly clear on how much money you’d spend on a model with top-of-the-line specs. 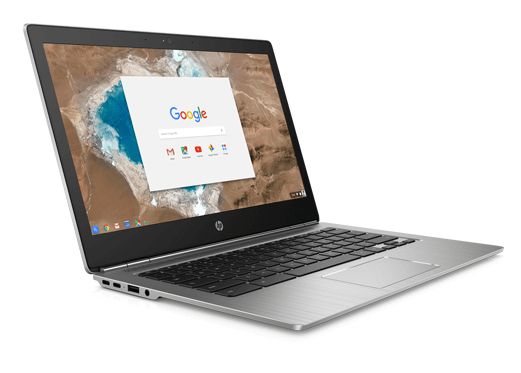 Promevo is already selling a few different configurations, and as expected, price start at $499 for an HP Chromebook 13 with 4GB of RAM, a 45 Wh battery, and an Intel Pentium 4405Y processor.

Update: HP is also selling some models for the same prices through HP.com.

What’s a little unexpected is that this entry-level model has a 3200 x 1800 pixel IPS display, even though HP’s spec sheet says that there are 1920 x 1080 pixel display options.

What if you want a souped-up model? Here are a few other options:

Each version has 32GB of storage, two USB 3.1 Type-C ports, a full-sized USB port, and a case that measures about 0.5 inches thick and which weighs 2.9 pounds.

Interestingly, while there seem to be two different battery options, Promevo says each model gets about 11.5 hours of run time.

If you’re not convinced that the Promevo pricing is official, I should point out that the Google For Work Chrome device website directs potential customers to the Promevo shop if they’re interested in purchasing HP’s new Chromebook 13.

Now that Google seems to be done selling a $999 Chromebook Pixel, even the priciest HP Chromebook 13 is cheaper than the $1299 Chromebook Pixel. But Google’s premium Chrome OS laptop has a Core i7 Haswell processor and 64GB of storage in addition to 16GB of RAM and a 128.5 inch, 2560 x 1700 pixel display.