The HP Chromebook 11 is a small, inexpensive laptop with a low-power ARM-based processor and Google’s Chrome operating system. HP and Google launched the Chromebook 11 in October, but pulled it from store shelves a month later due to overheating chargers.

Now the HP Chromebook 11 is available for purchase again. Amazon is selling the little laptop for $279 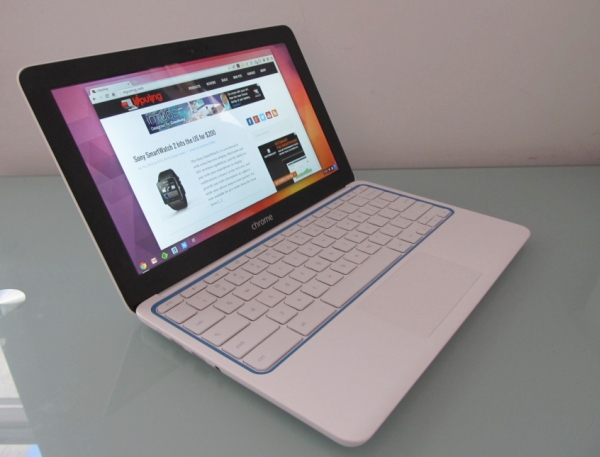 While there are faster laptops (and even faster Chromebooks) around, HP’s 11.6 inch model has a few things going for it, including a bright display with wide viewing angles, a small 2.3 pound case, and generally zippy performance.

When I reviewed the HP Chromebook 11, I found it to be a pretty useful, portable device with decent, but not spectacular battery life. It’s not necessarily the best laptop replacement for folks who aren’t sold on the idea of Chrome as an operating system. You can install Ubuntu on the Chromebook 11, but it’s not as fast as a model with an Intel Celeron processor, and some apps might not run as well on a system with an ARM chip.

The laptop has 2GB of RAM, a Samsung Exynos 5250 ARM Cortex-A15 dual-core processor, 16GB of storage, and an 11.6 inch, 1366 x 768 pixel IPS display. You can charge the HP Chromebook 11 using a microUSB charger. It’s also a fanless system, which means it makes virtually no noise during operation.

The notebook features 802.11a/b/g/n WiFi, Bluetooth 4.0, and a headset jack, but there are no Ethernet, VGA, or HDMI ports. You can use a SlimPort adapter for video output or a USB to Ethernet adapter if you want to connect to a wired network.