HP is launching an affordable new laptop with a relatively low price tag, as expected. Unfortunately the price tag isn’t quite as low as expected.

That’s about $100 more than some folks had been expecting… although to be fair, HP had never officially promised to sell the laptop for $200. We’d heard that number from a Microsoft official. 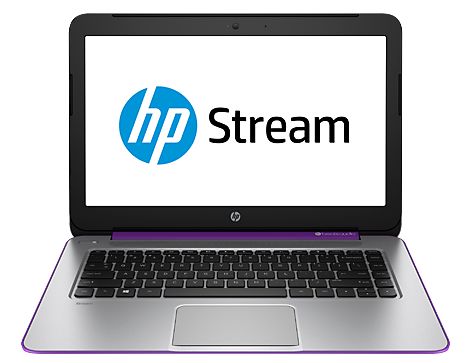 HP’s new laptop should be available starting September 24th, and it’s kind of HP and Microsoft’s answer to a Google Chromebook. It doesn’t include a lot of local storage, but customers will get 100GB of free cloud storage from Microsoft OneDrive for 2 years.

It’s one of the first notebooks powered by AMD’s A4-Micro-6400T Mullins processor which is a quad-core chip with a TDP of 4.5 watts and Radeon R3 graphics. One of the only other laptops I’ve seen with that chip is also from HP: The Pavilion 10z mini-laptop.

The HP Stream features a 32Whr battery and HP says the notebook should run for up to 6.5 hours on a charge. The notebook also features 802.11n WiFi, Bluetooth 4.0, and Miracast wireless display support.

While the HP Stream looks like a Windows alternative got a Chromebook, HP continues to hedge its bets. The company recently updated its line of Chrome OS laptops with new models feature Intel and NVIDIA processors. HP is also one of the only major computer makers to offer a laptop that runs Google Android.

Mobile Geeks got a chance to check out the HP Stream at IFA in Berlin, and reports that the notebook has a TN display panel with limited viewing angles, but generally feels like a decent notebook for the price… although a $300 laptop isn’t nearly as exciting as a $200 model would have been.