HP launched its first Windows laptop that becomes a tablet when you fold back the screen 360 degrees in February. At the time the HP Pavilion x360 was an affordable 11.6 inch convertible with a starting price of $400. 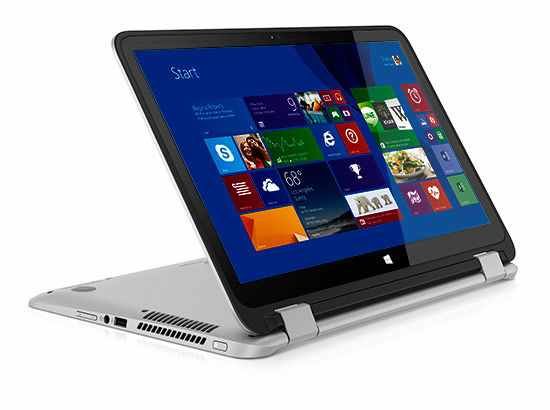 The HP Envy x360 is a 15.6 inch notebook with a touchscreen display, an Intel Haswell processor, and a starting price of $680. Oh yeah, and you can fold back the screen for use in tent mode, presentation mode, or tablet mode — assuming you don’t mind using a 5.8 pounds device as a tablet.

HP will offer models with Core i3, Core i5, or Core i7 processors, up to 8GB Of RAM, and up to 1TB of storage. There’s also an option for a hybrid drive that has solid state storage and a hard drive.

HP’s next-generation Pavilion 360 has a larger display than its predecessor, at 13.3 inches. The new models will also be available with a choice of AMD A8 or Intel Core i3 processors. 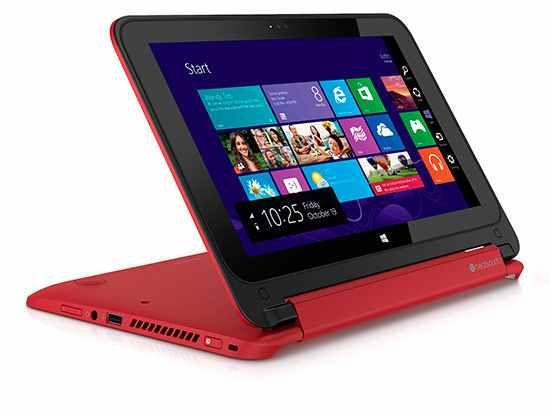 Both models of this 4.3 pounds convertible will support up to 1TB of storage and up to 8GB of RAM.

The 11.6 inch model with an Intel Pentium N3530 Bay Trail processor is already available for $400.