The HP Mesquite tablet is a 7 inch Android tablet with an Intel Atom processor and a low price tag. It launched as a Black Friday exclusive, with Walmart selling the tablet for $89.

But now that Black Friday has come and gone, you can still pick up this tablet for less than the price of a Kindle Paperwhite. Walmart is now selling HP’s cheapest Android tablet for $99. 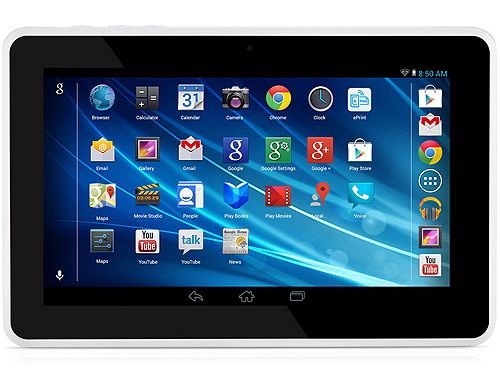 If you’re willing to spend a bit more money you can certainly find a tablet with a better screen, faster processor, and other premium features. But this isn’t a premium tablet — it’s a $99 model which looks surprisingly decent when you consider the price.

While you’d probably get more bang for your buck with a refurbished Google Nexus 7, Samsung Galaxy Tab, or Amazon Kindle Fire, the HP Mesquite tablet is one of the first Intel-powered tablets to sell for under $100. It also has at least one thing that Google’s Nexus tablets lack: a microSD card slot for extra storage space.