The first phones running Firefox OS aren’t expected to hit the streets until early 2013. But you can take a pre-release build of the upcoming mobile operating system for a spin today. All you need is a computer running the Firefox web browser and a 64MB browser add-on called r2d2b2g. 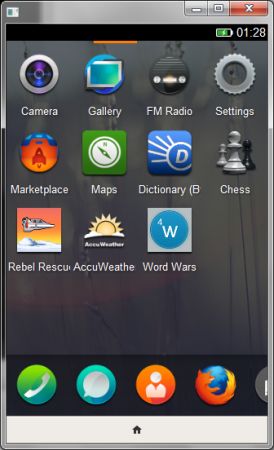 Just fire up the Firefox web browser on a Mac, Linux, or Windows computer and install the r2d2b2g plugin.

Then you can start and stop a Firefox OS emulator by opening the Tools menu, going to Web Developer, choosing Firefox OS Simulator” and then sliding the toggle to start or stop the emulator. 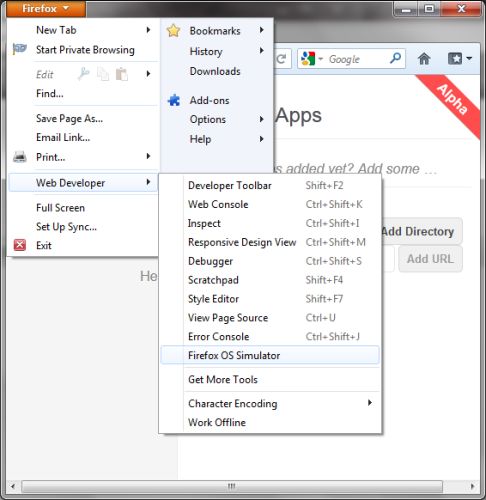 At first glance, Firefox OS looks a lot like iOS or Android. There’s a lock screen, home screen, and list of apps. There are built-in apps for maps, contacts, and phone functionality, among other things.

But you an also visit the Mozilla Marketplace to install additional apps. The selection of available apps isn’t all that exciting at the moment, but there are some games, news apps, entertainment apps, and others. And installing them is ridiculously simple — because they’re all basically mobile websites. Installation takes just a second, although it can take a bit longer than that to actually load some apps.

Ultimately, the apps that will work best on Firefox OS phones will probably be those that use HTML5 and other web technologies to enable offline support, so you can use them even when you don’t have an internet connection. But right now most of the apps I’ve played with seem to be little more than websites that are optimized for mobile screens.

Note that the Windows version of the emulator is a little buggy — it crashed on me every time I tried to open the web browser. Yes, it felt a little silly trying to run a web browser inside a web browser anyway.

The Mac and Linux versions should be a little more tablet.

via Geek.com and Blue Sky on Mars