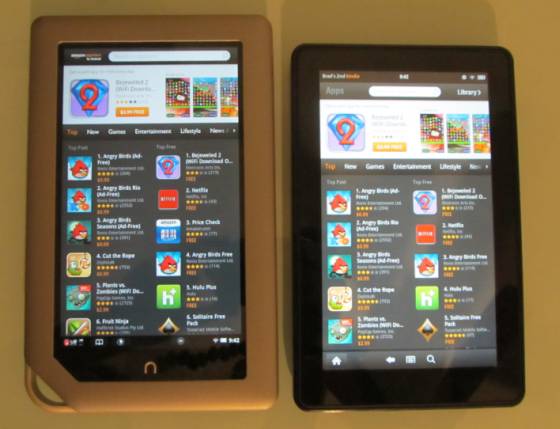 The Barnes & Noble NOOK Tablet ships with a couple of great apps pre-loaded including Pandora, Netflix, a decent email app, and an excellent eBook reader. There’s also an app section of the B&N Shop where you can browse for additional apps for the tablet — but the selection is pretty limited.

Fortunately it’s pretty easy to install third party apps on the NOOK Tablet. You don’t even need to root the tablet or install any custom firmware to do it. You might need a microSD card though.

Update 12/23/2011: This guide works with NOOK Tablet software version 1.4. If you’ve been updated to version 1.4.1 and no longer have the ability to sideload apps, you can follow our guide for rolling back to 1.4 and blocking over-the-air updates. The bit about rolling back is toward the bottom of the article.

Update 12/24/2011: You can also now sideload apps on a NOOK Tablet running OS version 1.4.1… assuming you enabled support for sideloading before upgrading.

There might be a few different ways to set up the tablet to accept third party apps, but these are the steps I took.

There’s a hidden settings menu on the NOOK Tablet that lets you install apps from unkown sources. You can’t get to it just by navigating through the settings, but xda-developers forum member lionclaw has provided an easy way to open the settings menu from your web browser. 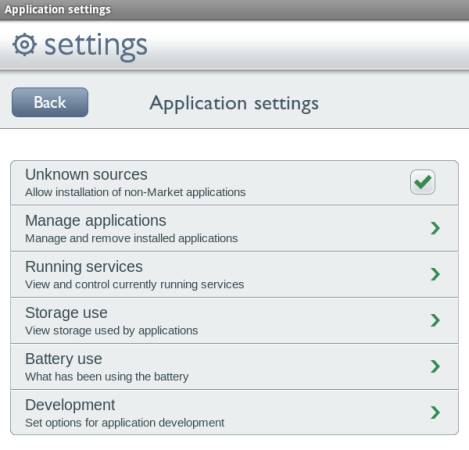 Time to get downloading

If you already have some APK files you want to install, the easiest way to get started is to email them to yourself and then open that email on the NOOK Tablet to download and install the files.

I found that the built-in email app didn’t always like this idea, so I emailed the Amazon Appstore APK file to my Gmail address, and then visited the Gmail mobile website using the web browser.

All you have to do from there is tap the file attachment to download it, and then follow steps 3 and 4 above. But this time when you try to install the app using the Package Installer, you should be able to complete the action. 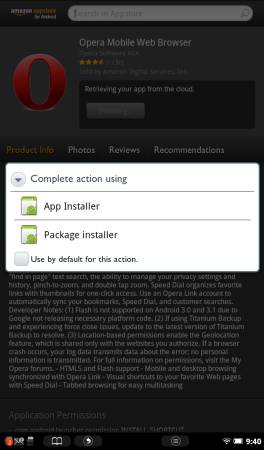 If you don’t already have an APK file, the Amazon Appstore is a good place to start. You an download the installer from Amazon’s website.

While there are a few dozen good apps available for download in the B&N Shop, there are close to 20,000 apps in the Amazon Appstore. You can use it to download file managers, web browsers, games, music and movie apps, and even eBook readers. 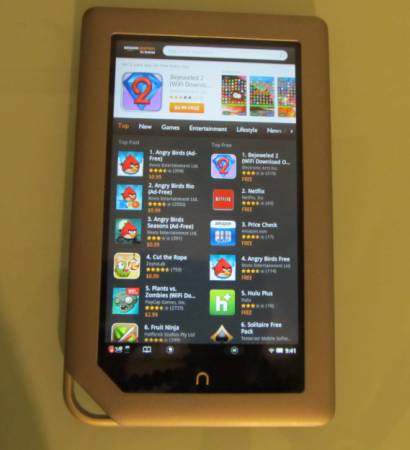 The Appstore installed on my NOOK tablet without a hitch — but when I tried to download apps from the Amazon Appstore, the downloads wouldn’t complete until I inserted a microSD card into the NOOK Tablet. Amazon’s app doesn’t seem to like the built-in storage on the B&N tablet.

It’s also a good idea to install a third party file browser such as Astro File Manager or ES File Explorer. These apps will make it easier to find files you’ve downloaded and install them manually without having to click on the download notification bar.

You cannot use the file manager that came with the NOOK Tablet to install apps. I tried copying a few APK files onto the tablet’s main storage and tapping on their icons in the default file browser, but the tablet didn’t know what to do with those installers.

Since we haven’t rooted your device or changed the firmware in any way, the NOOK Tablet will still act like a NOOK tablet. That means you won’t actually see any of the apps you install in your library.

But you can find them by using the search utility.

Just hit the Nook button below the screen, tap the Search icon as it appears, and start looking for your apps. This works well enough if you’ve only installed a few apps and you remember what they’re called. But if you go all out and install dozens of Android apps on the NOOK Tablet you might want an easier way to access them.

That’s where a third party app launcher comes in. 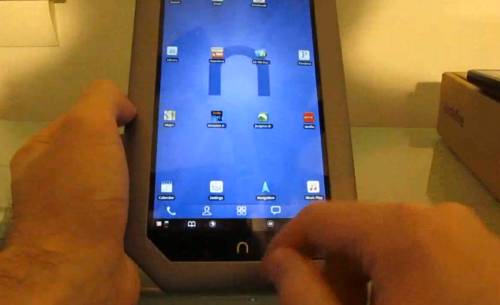 Once GO Launcher is installed, you can run the app to see a home screen that looks more like one you’d find on a traditional Android device. You can arrange icons on multiple home screens so that they can be easily launched. And you can click the app drawer button to pull up a complete list of installed applications. 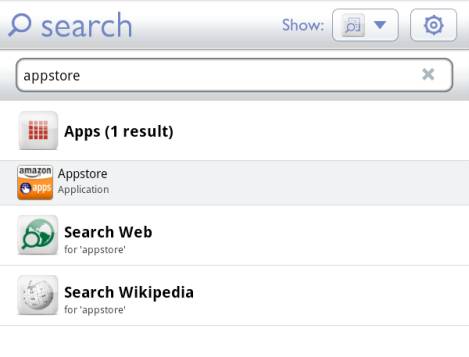 You can fire up GO Launcher (or any other app) at any time by tapping the NOOK button and searching for GO, or Launcher, or something similar.

When you want to go back to the default NOOK Tablet home screen, just double-tap the NOOK button.

If you want to uninstall an app, there’s an app for that. The NOOK Tablet has an uninstaller built into the operating system. It’s the same as the one found on most Android devices. You just can’t trigger it without a little help.

Fortunately there’s a free app called ZDbox which is a sort of all-in-one toolbox for managing an Android device. It has a task killer, resource monitor, and an uninstaller. 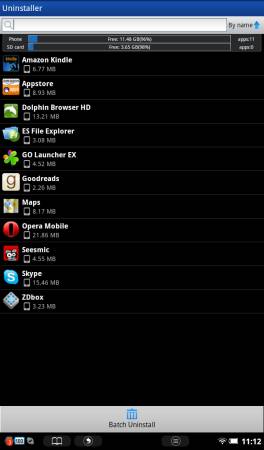 You can download the ZDbox APK from APKTop and install it just like any other app. If you don’t have the latest version, there’s even a built-in tool for checking for updates and downloading them.

To view a list of installed apps, just tap the “Uninstaller” icon and select the app you want to remove. From the following menu, click “OK” and your app will be uninstalled.

The uninstaller comes in handy, because while you can install most apps, some might not run properly. For instance, I had no problem installing the Skype app or logging into my account. But the app wouldn’t recognize the NOOK Tablet’s Microphone, which means it’s impossible to make voice calls. You can only use Skype as an instant messenger app on the NOOK Tablet.

160 replies on “How to sideload apps on the NOOK Tablet (Amazon Appstore, GO Launcher EX)”