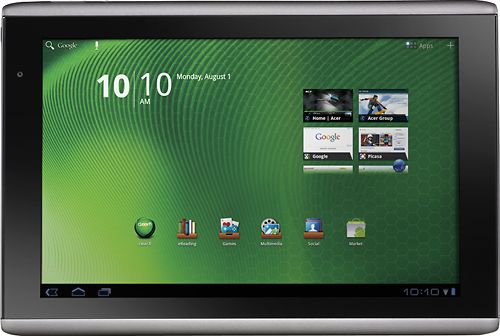 At $450, the Acer Iconia Tab A500 is one of the most affordable tablets available that ships with Google Android 3.0 Honeycomb. Sure, the Asus Eee Pad Transformer is about $50 cheaper while offering similar features, but good luck finding one in stock. Although the Iconia Tab A500 has only been shipping for a little while, members of the xda-developers forum have already figured out how to root the tablet using the recently released GingerBreak exploit.

You can find step-by-step directions at the xda-developers forum. The process is actually pretty straightforward. You just have to install the GingerBreak APK on your device and run it — but you might run into problems if you don’t follow the instructions vary carefully. For instance, your tablet needs to be in portrait mode rather than landscape when you’re running GingerBreak.

Root access will allow you to install special apps on your tablet that let you do things like back up protected files, settings, and applications to your storage card or adjust the CPU speed. Eventually root access may allow independent developers to write custom versions of Android designed specifically for the Acer Iconia Tab A500.