The Amazon Kindle Fire may not look like your average Android tablet thanks to its highly modified user interface. But under the hood it’s running a tweaked version of Google Android 2.3 Gingerbread, and it turns out to be a fairly easy tablet to root.

Rooting allows you to access system settings that might not otherwise be available and install third party apps that can access those settings. For instance, some apps use root access to take adjust your CPU speed, backup your apps, data, and settings, or explore the complete file system on your Android device. 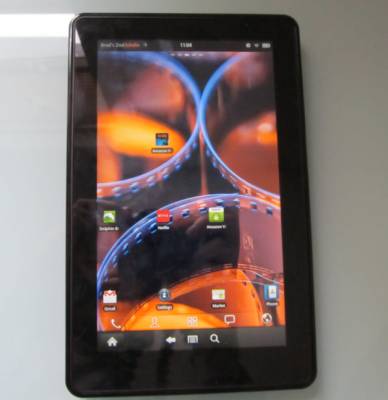 You’ll also need to root your device if you plan to replace the default software with a custom ROM such as CyanogenMod.

Fortunately you also don’t need to root the Amazon Kindle Fire if all you want to do is install apps that aren’t available from the Amazon Appstore. For that, all you have to do is open the Settings menu and select the option that lets you install apps from unknown sources. 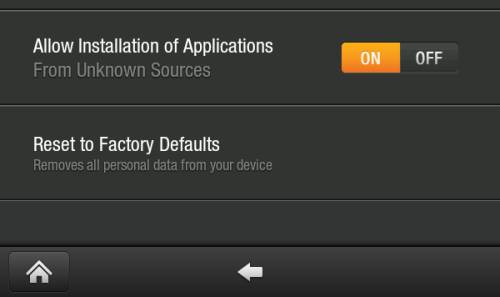 That will let you download APK installer files from the internet or transfer them to your Kindle Fire and install them. Not all Android apps will work properly on the Kindle Fire, but many will.

If you do decide to root your tablet though, here’s what you’ll need to do.

Android Debug Bridge (ADB) is a utility that lets your Android tablet talk to a computer.

The first step is to install ADB on your computer. If you’ve already done this, or installed the complete Android Software Developer Kit you can skip down to the section where we explain how to add the Kindle Fire to your adb_usb.ini file.

Technically that’s it. You’ve just installed ADB on your computer. But if you want to save time when you use it, you’ll want to set a path variable. Here’s how to do that on Windows.

You might want to create a system restore point first in case anything goes wrong. 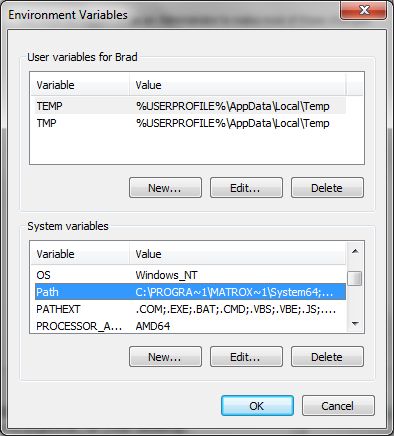 Note that it’s very important not to delete anything in the existing Path string. You just want to add that last line to the end. If this sounds scary, that’s why I suggested you create a system restore point.

Enable ADB for the Kindle Fire

OK, so now you’ve got ADB on your computer. But your PC still won’t recognize the Kindle Fire unless we do one more thing.

You need to add the Kindle Fire ID to your ADB settings. Here’s how to do that on a Windows computer.

If you want to do the same thing on a Mac, the folks at ACT Local Media have instructions. Thanks to Android Central for translating the instructions into Windows speak.

You may also have to modify the android_winusb.inf file. Death2all110 at xda-developers recommends finding that file in your google-usb_driver folder and adding the following listing to the Google.NTx86 and google.NTamd64 sections using a text editor.

You may also need to locate your adb.usb.ini file and add a line to reads “0x1949” (without the quotes).

Update: The method listed below for using SuperOneClick requires Kindle Fire OS 6.2 or earlier. If your device is running version 6.3 you can use Kindle Fire Utility to root your tablet.

Kindle Fire Utility also simplifies the process of installing a custom bootloader and recovery and loading the Google Play Store and other apps.

Root a Kindle Fire running OS 6.2 or earlier with SuperOneClick

Xda-developers member death2all110 has discovered that one of the most popular tools for rooting Android devices works with the Kindle Fire. It’s called SuperOneClick and it provides something close to a one-click solution. That’s assuming you’ve already gone through the steps listed above to enable ADB on your computer and add support for your tablet. 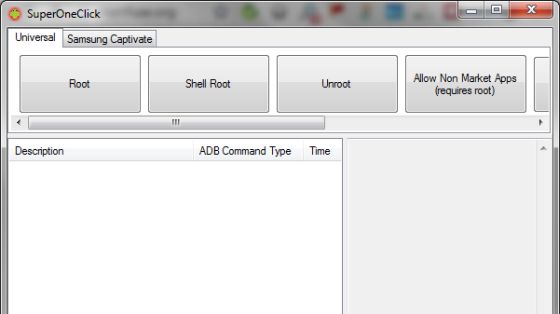 Here’s how to use it to root the Kindle Fire.

Now you should be able to install apps that require root access and advanced users will have more access to the file system and settings of the Kindle Fire. It probably won’t be long until users start figuring out ways to modify the $200 tablet to better suit their needs.

You can unroot the Kindle Fire by running SuperOneClick again and choosing the Unroot option. You’ll have to reboot your device for the change to take effect.

Update: Nope, it wasn’t long. You can now install the Google Android Market and access thousands of additional third party apps on the Kindle Fire.

Amazon is likely selling the Kindle at or below cost in the hopes of earning revenue from eBook, music, movie, and app sales — and for the most part I think Amazon will make money from those things. I suspect most Kindle Fire users have no interest in rooting the device. But many will want to pick up the Kindle Fire for use as an inexpensive all-purpose tablet and use it in ways that Amazon may not have intended.

The Kindle Fire may not have some of the features found on other tablets such as a microphone, camera, GPS, Bluetooth, or SD card. But it’s a $200 tablet with a 1 GHz TI OMAP4 dual core processor, a 7 inch, 1024 x 600 pixel IPS display with good viewing angles, and the relatively versatile Android operating system. It can be much more than just a device for consuming media and playing games.

17 replies on “How to root an Amazon Kindle Fire”