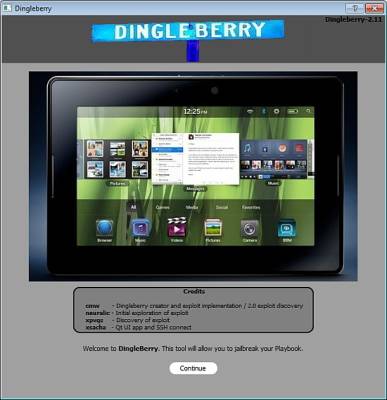 So you picked up a BlackBerry PlayBook for $199 and now you’ve decided that you want to root the tablet so you can access protected files and settings, install the Android Market, or do other things that BlackBerry maker Research in Motion doesn’t really want you to do.

The Dingleberry tool makes the process relatively easy, but there are a couple confusing bits that you might need some help stepping through.

Update: Dingleberry 4.0 will work with BlackBerry PlayBook OS 2.0… if and when it’s released.

Update 2: Things aren’t looking food for Dingleberry 4.0. The dingleberry.it website now redirects to the jailbreak.me blog, with no indication that we’ll ever seen an update to handle the latest versions of BlackBerry PlayBook software.

Before you start, you’ll need a BlackBerry PlayBook tablet, the Blackberry Desktop software for Windows, and DingleBerry.

There’s one big asterisk here: Dingleberry currently only works on Windows. A Mac version is due soon, but for now you’ll need a Windows PC to root your BlackBerry tablet. 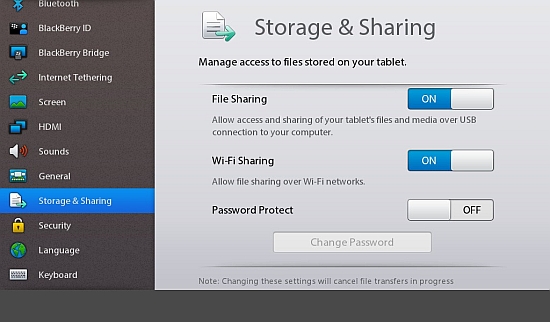 1. Using BlackBerry Desktop, make a full backup of your PlayBook.

2.Head to your PlayBook settings screen > storage and sharing and turn on file sharing, wi-fi sharing, and make sure password protect is off.

3. Tap security and then tap development mode. Flip the off slider to on, and enter a password when prompted (jot it down or remember it, you’ll need it later).

4. Tap about, select network from the dropdown, and make note of your PlayBook’s Wi-Fi IP address.

Use Dingleberry to root the PlayBook

3. Enter the IP address and password you noted in previous steps.

4. Click the jailbreak button. Press continue once you’re prompted to do so. 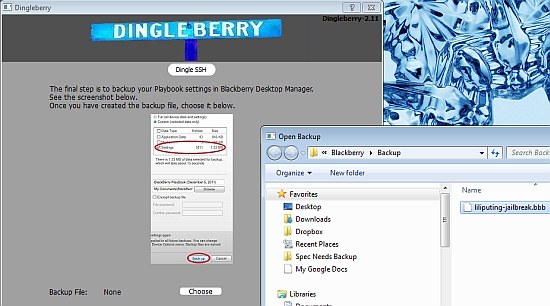 5. Press the choose button to select the backup you made in step 1.

6. Dingleberry will modify that backup and create a new one in the same directory (typically under documents\Blackberry\backup).

7. Using BlackBerry Desktop, restore the Dingleberry-created backup to your PlayBook — choose custom, and make sure only settings is checked.

Voila! You’ve got a rooted PlayBook. 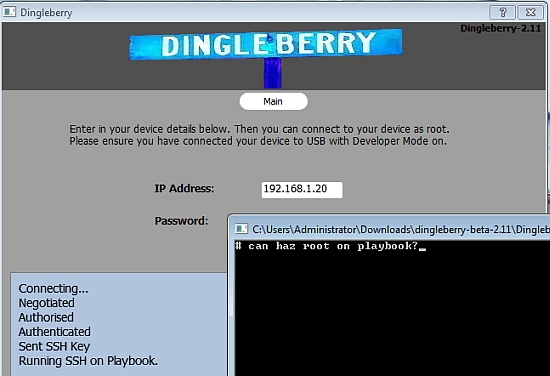 To see if the process was actually successful, click the Dingle SSH button to see if Dingleberry can establish a connection to your PlayBook. If the blue box reads like it does in the picture above, you’re good to go (you should also see a black SSH session window open and display a # prompt).

Now that your PlayBook has been rooted, you can move on to more exciting things. Next up: upgrade to the PlayBook OS 2 Beta if you haven’t already, so that you can install the Android Market on your PlayBook!

32 replies on “How to root a BlackBerry PlayBook with DingleBerry”