The Toshiba AC100 was either a device ahead of its time, or a major flop. Either way, it’s an interesting piece of hardware. Released in late 2010, the AC100 features a 10 inch, 1024 x 600 pixel display and a 1 GHz NVIDIA Tegra 2 dual core processor. It’s designed to run Google Android, but it doesn’t have a touchscreen or support for the Android Market. 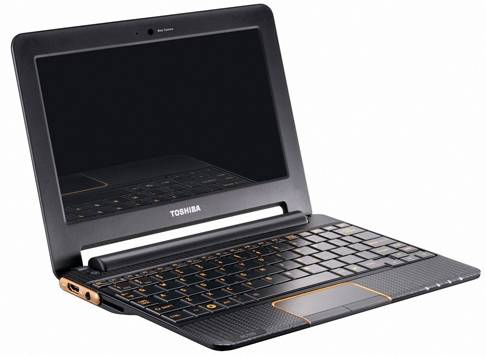 But some folks have found ways to make the device more useful by installing alternate operating systems such as Ubuntu 10.10 Linux.

Now it’s possible to install the latest builds of Ubuntu 11.10 Oneiric Ocelot as well. You can find instructions at the Ubuntu Wiki, and prebuilt images are available for download.

Oneiric Ocelot is still in beta, with a full version of the next-gen Ubuntu operating system due in late October, so you may run into some problems running the operating system on the Toshiba AC100 — or on any other computer for that matter. But if you want to try an operating system that’s designed to run on laptops instead of a smartphone OS that’s been ported to run on one, this may be one of the easiest ways to do it.

The Toshiba AC100 is no longer offered for sale, but if you scan eBay you may be able to find one for a decent price. I spotted one going for $350 today and another selling for $275.