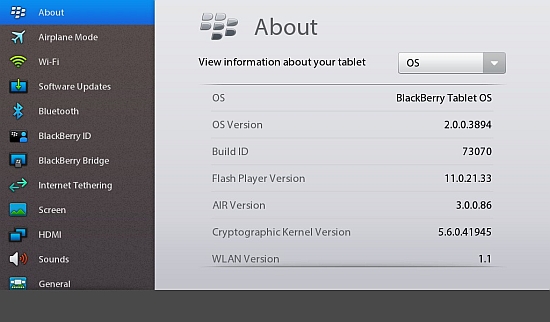 There are two things that have people (some of them, anyway) talking about the PlayBook OS 2.0 update coming in February 2012. First, it’s going to add the missing native BlackBerry email, calendar, and contacts apps. Second, the Android Player will finally make its debut, allowing users to run thousands of Android applications on BlackBerry’s tablet.

We’ll have details on rooting the PlayBook and installing the Android Market soon, but for now let’s start with installing BlackBerry PlayBook OS 2.0.

When your PlayBook has rebooted, you’ll be able to install the converted apps that are indexed at PlayBook BARs.

Once you’ve got some BARs downloaded, the easiest way to install them on your PlayBook is by using the DDPb Installer (full instructions at the link).