Some operating systems can be a pain in the rear to install if you don’t happen to have an optical disc drive for your computer. But if you’re trying to install most Linux-based operating system such as Ubuntu, Fedora, or Mandriva, it’s actually pretty easy to load the operating system on most modern computers using nothing more than a USB flash drive.

All you need is a a flash drive free utility called UNetbootin. You can run the app from a Windows, Mac, or Linux computer. For the purposes of this tutorial, I’ll show you the Windows version.

You’ll want a USB flash drive that can hold at least 1GB of space for most operating systems. A 2GB flash drive will be even better — and make sure there’s nothing important you want to save on the drive. This procedure will reformat the drive and erase its contents.

Another thing to keep in mind is that unlike Windows, many Linux-based operating systems offer a LiveCD or LiveDVD environment that lets you run the OS from a disc without making any changes to your hard drive. This is a great way to test an operating system to make sure it works with your computer’s hardware and to make sure you’re comfortable with it before installing it to your hard drive. UNetbootin makes it possible to convert most Linux distros that offer LiveCD enviroments into a LiveUSB that offers the same feature.

Download UNetbootin to your computer. Just select the appropriate version for the operating system you’re currently using from the download page.

You can download many Linux-based operating systems directly from the UNetbootin interface, including Ubuntu, Debian, Fedora, Mandriva, openSUSE, or Linux Mint.

But you can also download an ISO file for any of these operating systems and for many other Linux distributions and use the tool to copy the files to your USB flash drive. An ISO file is basically an exact copy of all the files you would have an a CD or DVD. You can burn an ISO file to a disc and run software from your disc drive — but UNetbootin also lets you use the disc image to load the same files onto a USB flash drive.

If you plan to install one of the operating systems listed on the UNetbootin web site, you’re good to go. If you want to install something different, just download the ISO file from the homepage for theoperating system of your choice.

Run the application. In Windows, just double-tap the file you downloaded and it should start. There’s nothing to install. 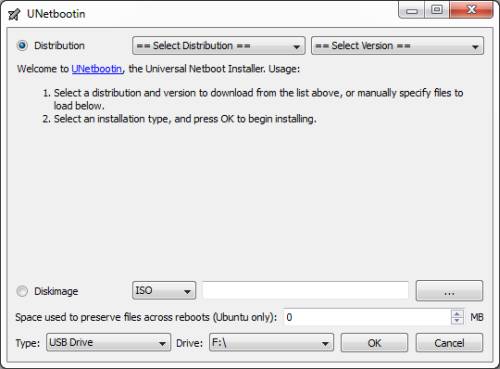 If you plan to use UNetbootin to download the disc image, make sure the “Distribution” box is checked, and then choose the operating system and version from the drop-down boxes. If you already have a disc image, skip ahead to Step 6. 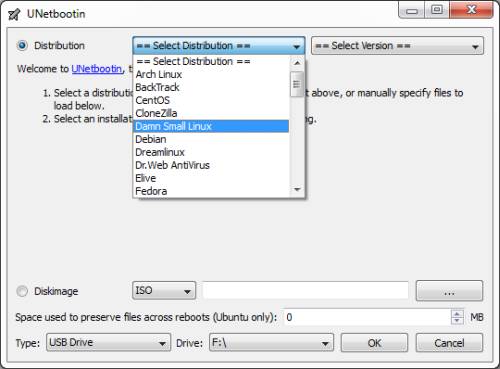 Once you’ve selected the operating system, look at the bottom of the screen and make sure the drive letter matches your USB flash drive.

Skip ahead to step 7.

If you already have a disc image, check the box that says Diskimage and use the browse button (it looks like three little dots, or …) to find the ISO file you’ve already downloaded to your hard drive. 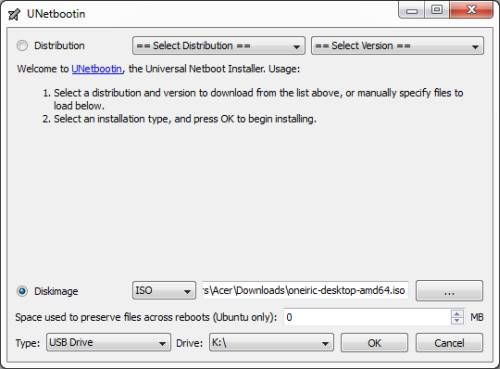 Click OK and UNetbootin will prepare your disk. If you’re using the app to download a Linux distro from the internet this could take a while. If you already have the disc image on your desktop it should just take a few minutes. 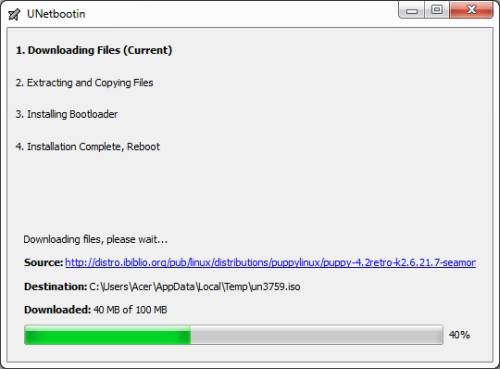 If all goes according to plan, the app should first download files, then extract them and copy them to your flash drive, prepare the bootloarder, and then let you know when the process is finished. 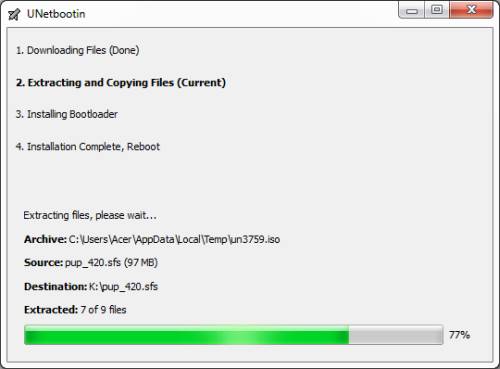 At the end you’ll see a message asking if you want to reboot. If you plan to try out this Linux distribution right away on the computer you’re using, go ahead and reboot. If not, click exist and move on to step 8. 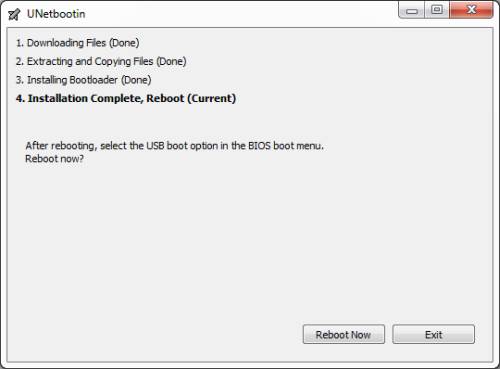 If you clicked exit, it’s now safe to remove the flash drive.

Power down the computer you want to use Linux on and plug in the USB flash.

Power up the computer and make sure it can boot from a USB flash drive. The steps for doing this will be different for each computer. On my Asus laptop, pressing the Esc key on the keyboard as soon as I see the Asus logo pop up brings up an option to choose what device to boot from (the hard drive, a flash drive, or another device). 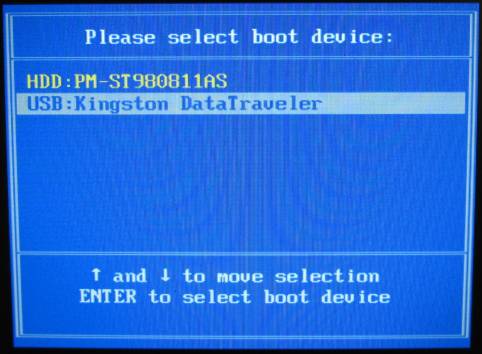 On some computers you may not have a boot device menu. Instead you may have to press F2, F10 or another key to go into the BIOS and change the boot priority so that if a USB flash drive is inserted, the computer will boot from that first, and a hard drive second. 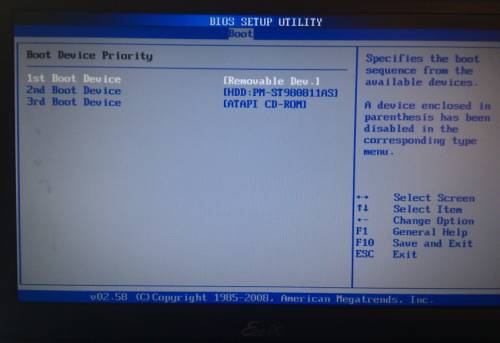 Follow the on-screen directions. If all goes well, you’ll probably see a lot of text fly across the screen before you get to a more familiar looking graphical user interface. 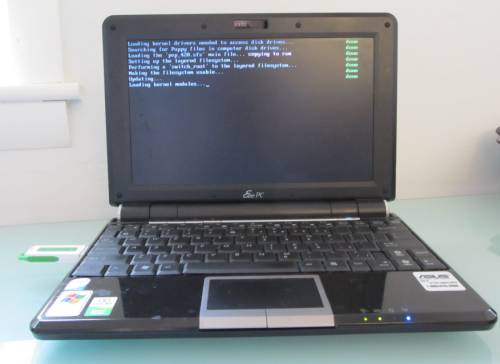 This is about as far as I can take you, since the next step will vary depending on which Linux distribution you’re using. Many will let you test the OS before installing it to your hard drive, which is a pretty awesome way to ensure you’re not about to make a big mistake. Odds are if you can’t run an operating system from a LiveUSB, you won’t be able to run it if you try to install it on your hard drive — so if you have a choice between “try” and “install,” I’d choose the try option first.