The MK802 Mini PC comes with Android 4.0 software preloaded. But people have been finding ways to run custom versions of Android or months.

Up until recently that’s meant installing CyanogenMod 9, based on Android 4.0. Now there’s a build of CyanogenMod 10 which can bring Android 4.1 Jelly Bean to the MK802 mini computer. 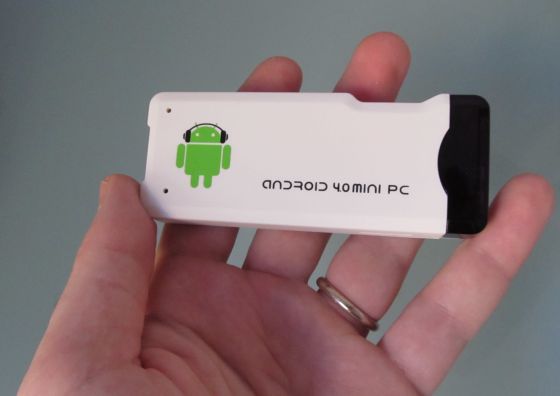 While you can run Ubuntu, Puppy, Fedora, and other Linux-based operating systems from a microSD card, installing CyanogenMod 10 will wipe your internal storage and replace the existing operating system. So it’s a good idea to make a backup before you get started.

But if that doesn’t scare you off, you can find instructions and download links at the Miniand forum, where Zulu99 has explained how to install CM10.

The process involves downloading and installing the latest build of CM10 for devices with Allwinner A10 ARM Cortex-A8 processors and then applying a compatibility patch for the MK802. If you don’t install the patch you’ll probably run into trouble.

In addition to bringing Android 4.1 to the MK802, the operating system should include support for USB peripherals including Bluetooth or GPS dongles.

The MK802 features an Allwinner A10 CPU, 512MB to 1GB of RAM and 4GB of internal storage. It also has HDMI and USB ports, and a microSD card slot.

You can pick one up from AliExpress for less than $50.