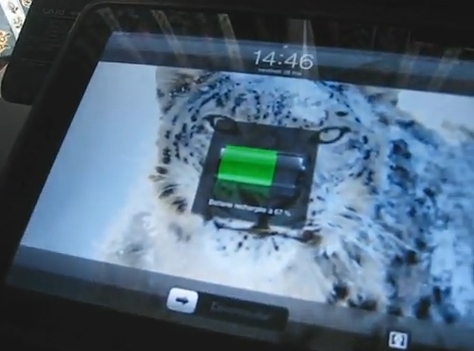 Plug an iPhone or iPod into pretty much any computer with a USB port, and you should get enough power to charge your phone or media player. Try the same thing with an iPad and your results are likely to be a bit less predictable. That’s because an iPad needs more power to charge and most older PCs ship with USB ports that simply don’t pump out enough juice.

Newer Macbooks do provide enough power to let you use your iPad while it’s charging. Most older computers will charge your iPad slowly if the screen is turned off, but if you turn on the display you’ll probably see that the tablet isn’t charging.

Up until now, it seemed like the simplest solution was to plug your iPad into a computer only when you needed to sync data — and to plug it into a wall jack when you needed to charge. But it looks like there are firmware updates that let you tweak computers with Asus, MSI, and Gigabyte motherboards so that they provide more power to USB ports — enough power to charge an iPad.

Your results may vary, and of course you may run the risk of shorting your motherboard if you don’t know what you’re doing. But if you’re willing to take that risk, you can find download links from all three motherboard manufacturers at Engadget. You can see a video of an iPad being charged from several different laptop USB ports after the break. That includes a Sony Vaio P mini-laptop which isn’t exactly a high power device.